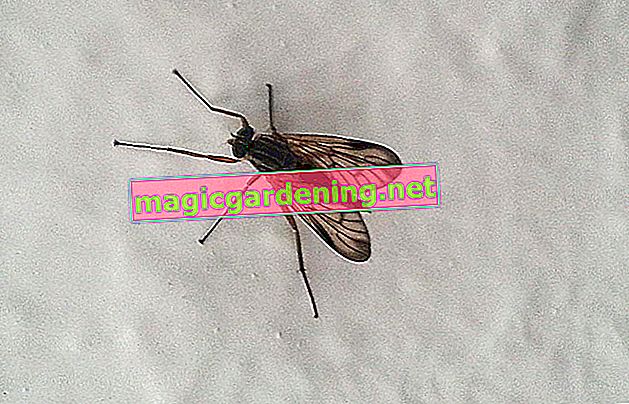 Which insects bite in the garden?

The common mosquito has the largest occurrence of its kind in Europe. Nobody can claim to have been spared their sting so far. It is true that it is only the females who need the blood of birds and mammals for their eggs, but their thirst for blood is extremely great all year round.

Horseflies often strike near water, as this is where the young larvae hatch. As with the mosquito, the males are harmless. But a female's sting is very painful.

The stinging fly occurs in two different species in this country.

Both look very similar to the harmless housefly. In the course of the year, tingling mosquitoes only appear within a short period in spring.

Anyone who thinks that wasps are only active in late summer is wrong. They go on the prey as early as spring. But then smaller insects provide enough food for the brood. Only in August, when supplies are exhausted, sweet foods and drinks attract wasps. looking for food.

Most of the time, insect bites have no lasting effects. An intense pain occurs immediately after the sting. Wheals and redness will later become visible. The itching may last for a few days. It only becomes dangerous if you are allergic to insect bites or if the insects transmit diseases.

If the stinger is still in the skin, you should suck it out with your mouth and then spit it out well. Cut a potato or an onion in half and place them on the sting point.

Drive insects out of the garden

To combat, for example

You can find a detailed list on this page.