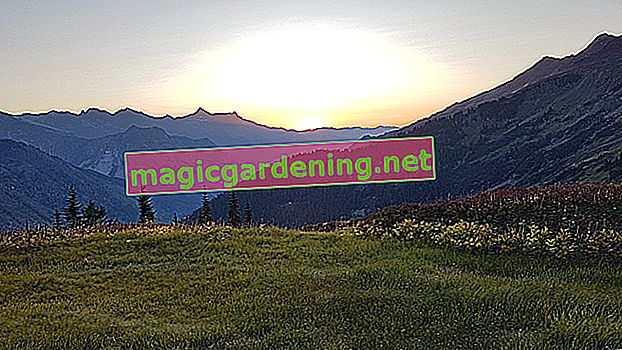 Porcini mushrooms do not discolour

In fact, porcini mushrooms do not change color either when they are cut or when the whitish to yellowish-green tubes are pressed. If, on the other hand, tubes and interfaces immediately turn blue when touched, it is most likely the same edible chestnut boletus, which is very similar to the boletus. The blue color reaction comes from the conversion of yellow dyes into blue when exposed to atmospheric oxygen. You will find the same reaction in the flaky-stemmed witch's bolet and red-footed boletus, both of which are also edible.

The chestnut boletus is common in deciduous forests, especially in coniferous forests under spruce trees. It is often accompanied by wild blueberries. In contrast to the finely wetted stem of the boletus, that of the chestnut boletus has brownish longitudinal fibers. But be careful: this fungus stores toxic heavy metals in its brown skin, like radioactive cesium. You should therefore not eat the mushroom too often, especially in southern Germany.

Due to its name and the typical red-colored tubes, this mushroom signals a toxicity that it does not have. Instead, it is an excellent edible mushroom, which is even superior to the boletus in some ways: the flaky-stemmed witch boletus is rarely attacked by maggots. Similar to the boletus, it prefers beech and spruce, but grows almost exclusively on barren, sandy soil. Mosses and bilberry herbs are sure indicators of such soil conditions.

The red-footed boletus is a tasty mushroom that can be found en masse in many deciduous forests until late autumn. However, you should only take young specimens with you, as the older ones are often infested with the poisonous gold mold. You can recognize the infestation by the fact that the yellow tubes or the hat is covered by a velvety, whitish to yellow layer of mold.

Risk of confusion with the gallbladder

The gall boletus is also very similar to the boletus, although it is not poisonous, it is very bitter. The boletus has a whitish network, especially at the top of the stem, the gall-boletus a brown one. If in doubt, you can carefully cut into the found mushroom with a knife and lick it once with your tongue: The non-poisonous bile tubular does its name justice - it tastes bitter!

When collecting mushrooms, remember that you are only allowed to take small amounts with you from the forest for your own use.