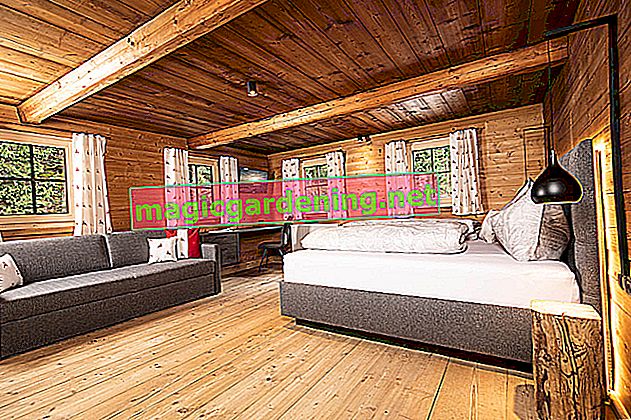 Parsley grows in one place for two years

Parsley is grown as a biennial plant in the garden or on the balcony.

If the site conditions are good, it will also come back in the following years. However, the leaves should then no longer be used for seasoning.

The plants are pulled out in the second year after flowering, as the yield in the following years is hardly worth mentioning.

Parsley plants in the first year

In the first year after sowing, the parsley develops a large number of leaves around the heart.

The leaves are particularly aromatic during this time.

They are cut close to the ground. The heart must not be injured because then no new leaves will grow back.

Flowering in the second year

Inflorescences begin to form in May at the latest. Parsley blooms from June to July.

As soon as the plant blooms, the leaves are no longer edible. The poisonous apiol, an essential oil that can cause cramps in the digestive organs and uterus, accumulates in them.

When ready to harvest seeds, let the plants stand until the seeds are ripe. You can store dried seeds for up to three years. Warning: the seed is poisonous!

Re-sow in August or spring

You can sow parsley on the windowsill from February to August or directly outside in April or August.

August sowing is preferable in the field, as the plants are then less affected by diseases and pests.

If you want to grow parsley throughout the garden, you should create new beds every year. You will then always have a sufficient supply of particularly aromatic herbs and can simply compost the plants after flowering.