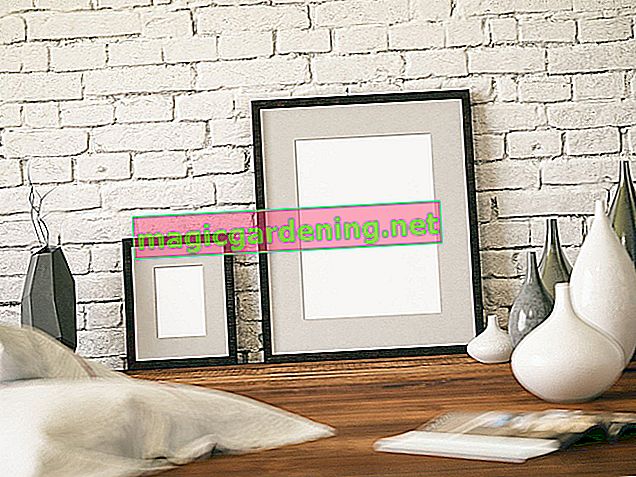 Red and white currants bear the best fruit on the annual side shoots of two and three year old ground shoots . In the fourth year at the latest, the yield will visibly decrease. Black currants produce excellent fruit on annual long shoots . In both cases, the pruning is aimed at promoting fruit wood and continuously rejuvenating it by means of thinning. The following table gives an overview of all types of cuts with recommended dates:

Central cut dates for currants are in midsummer or early spring. Please pay attention to suitable weather conditions on the day itself. Please spare your bushes from the stress of pruning on scorching hot, bone-dry summer days. In mild temperatures and overcast skies , all trees respond more friendly to cutting measures. The same applies to bitterly cold winter days with temperatures below freezing point.

All currants benefit from a planting and training pruning. The prologue is a slight pruning on the day of planting. In the spring of the first two years of standing, you show a berry bush the way to high-yield growth. For this purpose, the number of ground shoots that carry the fruit wood is limited. How to complete the pattern care with expertise:

The number of suitable ground shoots for the shrub structure depends, among other things, on the space available. If a currant bush can develop freely, leave up to twelve strong ground shoots as a framework. A number beyond this harbors the risk of overly dense growth, which significantly affects the crop yield. It is difficult for any gardener to cut a freshly planted currant by at least a third. If you want to indulge in a host of juicy berries later, you should still make a plant cut. The reason for the urgent recommendation is a targeted redirection of the sap pressure to lower-lying buds. The law of growth of peak promotion teaches that a berry bush transports its reserve substances with all its might into its tip buds in order to grow upwards as quickly as possible. Lower buds do not sprout and roots grow weakly because they lack juice and strength. By pruning buds at the top positions, the flow of sap is diverted to the neglected buds. Here a lively budding sets in,which is beneficial for the roots and gives you the valuable fruit wood.

Beginning with the summer of the third year of standing, the education phase ends in the maintenance phase. For red and white currants, the focus is on two goals: continuous regeneration and promotion of annual side shoots on two to three year old scaffold shoots. Four-year-old and older ground shoots decline significantly, so they are removed in good time to make room for new scaffold shoots. The valuable fruit wood sprouts along the two and three year old ground shoots, which should not press each other too much. This is how a maintenance cut runs flawlessly:

Finally, dedicate yourself to fine-tuning the maintenance cut. First, remove all side branches up to a height of 30 centimeters. Side branches close to the ground are irrelevant for fruit formation because there is a lack of light at this point. Basically, you don't cut this year's budding. An exception applies in the event that the young side shoots thrive tightly packed on the scaffold shoot, with a distance of less than 10 centimeters. Cut every other side shoot onto a short stub. In the small garden or on the balcony, currants thrive as tall stems. It is a high-yielding noble variety that was grafted onto the trunk of a wild underlay by the hand of the master gardener. Sometimes the game underlay draws attention to itself by sprouting nasal shoots from the rhizome or trunk. No flowers or tasty fruits are to be expected from such shoots. Rather, so-called water shoots compete with the noble currant for nutrients, water and light. Remove wild shoots as quickly as possible. Simply tear off the cheeky twigs from the rootstock. Cut off blind shoots along the trunk just before the bark without damaging it.

Black currants receive a significantly stronger maintenance cut than their red-fruited counterparts. The reason for the rigorous cutting is the valuable fruit wood in the form of annual long shoots. As illustrated in the figure below, annual long shoots are no match for the secateurs. The continuous rejuvenation, similar to that of red currants, rounds off the maintenance pruning. How to properly cut black currants from the third year:

Measure the number of main branches according to a light-flooded growth. Act according to the rule of thumb: a few, well-exposed ground shoots with annual long shoots carry the larger and juicier currants.

You have done everything right if, after cutting, your blackcurrant has up to twelve ground shoots that only have annual long shoots. Brand secateurs are perfect for pruning one to three year old branches. One-handed secateurs can no longer remove old ground shoots on currants. You can easily cut thick fruit branches with a handy folding saw (€ 17.70 at Amazon *) or two-hand loppers.

A well-cared for currant cannot do without an annual cut. Neglected berry bushes aged to an impenetrable bush with scanty fruit drapes within a few years. This is no reason to take the hard work of clearing. If you subject the brush to a knowledgeable rejuvenation cut, there is a good chance of a berry-rich fresh start. How to proceed correctly step by step:

As the illustration below shows, do not thin out old ground shoots if they have at least one young side branch to offer. Here the pruning shears start just above the young wood, which takes on the function of the new main branch.

Ideally, you can fall back on new ground shoots and some light brown side branches on old main branches. If both conditions are not met, the currant no longer has the will to live and should be cleared. In the professional pruning of currants, the focus is on a regular generation change between young and older shoots. If the gardener is familiar with the lead cut, the cut is easy to do by hand. To rejuvenate a worn, aged ground shoot, keep an eye out for a young, light brown side shoot in the lower area. Where dark brown, old wood and young, light brown wood fork, scissors or saws come into play. The old wood is cut a few millimeters behind the fork so as not to damage the fresh fruit wood.

Topiary on the high trunk

Popular currants thrive as a decorative high stem with a richly branched crown. An annual topiary aims at light-flooded growth and a harmonious, high-yielding crown. The best time is after the harvest . In contrast to red and white varieties, black currant tall stems should be cut more heavily. The following guide summarizes the details:

After making a cut, please carefully check the support pole. Tall berry stems are particularly vulnerable to breakage at the grafting point. This is especially true when the crown has to bear its sweet burden. A solid support made of hardwood prevents the mishap. Tie the crown once and the stem to the stake at least twice.

All currants are naturally self-fruiting. The crop yield is of course much more productive if you add at least a second variety. There are no limits to the variety to choose from. If you love variety, socialize, white, red and black currants.

Two years ago I planted red and black currants as stems. This year the yield is noticeably decreasing. What can be done to continue to achieve good crop yields?

Every year in late summer, thin out the crowns by cutting out some of the older, thick shoots at the roots. An airy, loose crown is important so that currants can get enough sun to ripen. Give a special berry fertilizer with a balanced nitrogen-phosphorus ratio. Nitrogen-based complete fertilizers promote the growth of leaves, which is at the expense of flowers and berries. Regular watering is important because buds and flowers trickle down when it is dry. Cover the ground with bark mulch or set ground cover as underplanting.

Are currants suitable for growing in a bucket? If so, what is the minimum size of the pot?

Currants can be kept in buckets, provided that the water and nutrient supply is ensured. We recommend planting at least two different varieties in close proximity and in your own container for optimal fertilization. A pot should have a volume of at least 15 liters, or even more. In a sunny location, the substrate dries out quickly, which can lead to fruit fall. The more potting soil surrounds a berry bush, the lower the risk of drought stress.

Every year on my black currant, numerous fruits turn brown and soft. What are the causes? Can i do something about it?

Currants are characterized by their pronounced sensitivity to drought during fruit ripening. If the soil dries out, the fruit will fall prematurely. Before that, the berries turn brown and soften. As a preventive measure, please ensure that the soil is continuously moist. Thinning out the shrub once a year to allow air to circulate and sunlight to fall on flowers and fruits. Check daily with a thumb test whether the surface of the soil has dried and whether there is a need for watering.

Should I cut a blackcurrant after planting as well as red or white varieties?

A moderate pruning after planting is advisable. However, do not cut too deep into the wood just before winter, otherwise frost could cause greater damage. A light plant cut in autumn supports root formation and strengthens the buds in the lower plant area. Only in spring do you prune all the shoots by a third or half to get the branches going.

When and how should a high stem be blended with red currants?

After harvesting, thin out the crown thoroughly. Cut off deadwood, transverse or inward-facing shoots. Shorten the worn side branches of the main branches to short cones so that they sprout and bear fruit in the summer after next. In the interests of continuous rejuvenation, we recommend regularly removing the thickest, oldest shoots completely, so that healthy, young wood can develop. If the branching on the main branches leaves something to be desired, revive the shoots by pruning a third or half. Cut briefly across a bud facing the outer crown area.

The disappointment is great when fresh, home-grown currants are rare in summer. Bald, aged berry bushes with poor yield are the result of classic cutting errors. The following table lists the three most common errors in the cut of currants, names typical damage patterns and gives valuable tips for prevention:

Home gardeners make another mistake when cutting currants in advance. For lack of time or because it is simply annoying, scissor blades and saw blades are not cleaned before the cut. The result is an unbridled spread of diseases and pests via infected cutting tools. Please clean the scissors and saw with hot water before each use. Also disinfect the cutting edges with alcohol, cleaning benzine or Sagrotan.

Trickling is a common phenomenon on grapevines, which also affects currants. Late frosts, extreme drought or cold in the middle of the flowering period cause buds and flowers to be shed. Make sure that the soil moisture is even throughout the season. If meteorologists announce belated ground frost, protect your berry bushes overnight with a warming fleece hood.