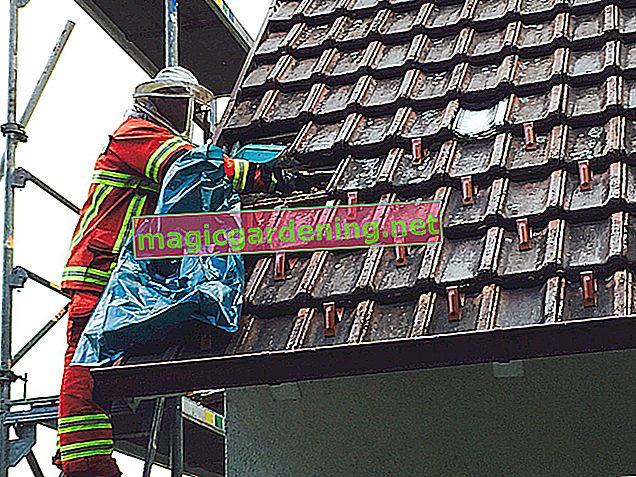 What makes house roofs so interesting for wasps

When we speak of wasps that like to nestle under our roofs, there are primarily only two species of short-headed wasps, namely the German and the common wasp. These species belong to the social, that is, state-building, wasps. Of all the socially living species, they are by far the largest colonies - with around 7000 individuals. That's a mighty number, and given the species’s predilection for nest building close to humans, all the more formidable.

What do Germans and common wasps like about us humans? There are several reasons. Especially beneficial ones such as:

The many other wasp species less known to most laypeople might also enjoy these advantages, but are too shy. German and common wasps, on the other hand, are notorious for not being shy about asking for their share of cake, ice cream or cold cuts, especially at the dining table in the garden.

Comfortable nesting under the roof

Nor are they timid when nesting. If they can get access to a dark, dry attic, they don't hesitate. Especially at the top under the roof ridge, young queens find ideal conditions for nesting in spring. It is of course particularly inviting when the roof structure consists of older wooden beams - because the wasp can easily gnaw its rotten surfaces and does not have to fly out to procure building materials.

Identify weak points on the roof

Older houses in particular are therefore popular candidates for nesting sites for wasps. And also because they tend to offer more access. Wasps can easily slip through under irregularly staggered or damaged roof tiles and through cracks in the mortar. If you want to prevent wasps from nesting in their roof trusses, it is advisable to identify and eliminate such weak points. And preferably as early as possible, before the nest-building phase by the young queens begins in spring.

When closing possible entry points on the roof, arm yourself simply with mortar made of sand, water and cement and a spatula. You can easily fill in smaller gaps between individual roof tiles. You should replace damaged, completely broken bricks if possible. As a preventive measure, tiles that appear porous should also be strengthened by treating them with a deep primer. For larger gaps it is advisable to work glass fiber fleece into the mortar mass.

Also examine the masonry under the roof for possible weak spots.

You should treat the wooden beams of the roof truss, especially if it is older, with an environmentally friendly wood preservative glaze.