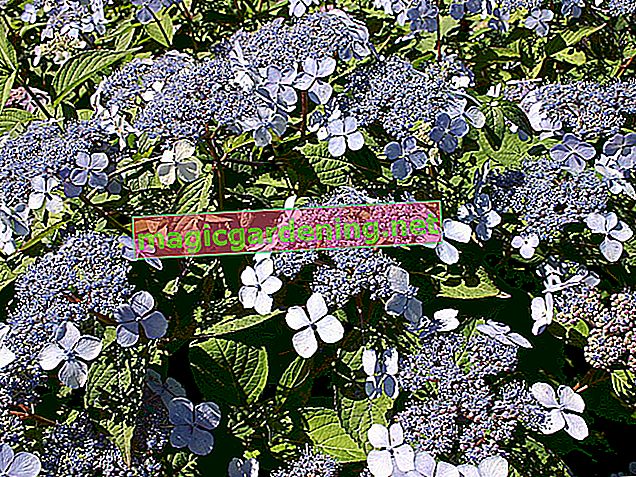 If possible, cut the hydrangea in spring

With the exception of panicle and snowball hydrangeas, almost all hydrangea species should be cut as little as possible. The plate hydrangea also belongs to these species, which only develop flower buds on the older shoots. Regular pruning would remove the buds that were already created in autumn the previous year and thus prevent flowering. For the same reason, gardeners should leave the faded flower stalks on the plant, because the newly forming buds are located directly under the old inflorescences. In addition, the withered parts are used as winter protection for the new buds. Therefore, it is better to use secateurs in early spring.

In addition to removing bloomed inflorescences, you can make other nursing cuts at the same time.

If you are unsure whether a shoot is actually dead or not, do the acid test to be on the safe side: lightly scratch the bark of the branch in question with your fingernail. If the wood below is green, the branch is alive and does not need to be cut. Brown, withered wood, on the other hand, can go away.

You can carry out the maintenance pruning described above every year and in this case save yourself the rejuvenation pruning that is otherwise due every year. Without this, the plate hydrangea would grow old, develop fewer and fewer flowers and finally only offer a poor sight. Basically, however, it is sufficient to carry out the necessary cut for rejuvenation about every two to three years, whereby you should cut out about half of the oldest shoots directly on the ground.

Plate hydrangeas that are very old and have not been cut for a long time (“hopeless” cases, so to speak) are radically cut down to around 15 to 20 centimeters above the ground. Usually these specimens recover and sprout again after about two to three years. Help yourself with plenty of water and good fertilization, and winter protection should not be missing.