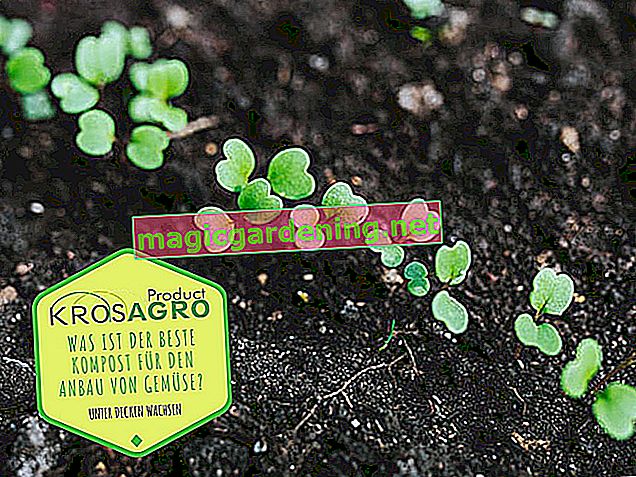 Humus as a homogeneous soil layer

The top layer of soil in natural habitats, which consists of decomposed organic residues, is considered to be humus. Soil organisms process animal and plant remains and produce a homogeneous substrate that is rich in nutrients. The bottom fauna needs moisture, air and heat to convert the substances. If the conditions are not right, putrefaction occurs. A humus layer on the ground stores water and provides the plants with nutrients.

Humus soils are not created everywhere. The soil fauna is influenced by the carbon-nitrogen ratio. There is an imbalance in favor of carbon on the soils of coniferous forests. Needle litter acidifies the soil, which is why there are hardly any soil organisms here. In deciduous forests the ratio is balanced and the soil fauna produces a thick layer of humus.

Compost as a heterogeneous composition

In contrast to humus, compost has not yet completely decomposed. The substrate is a composition of vegetable waste, which is processed into humus through the action of soil organisms. The mature compost soil is also referred to as compost in everyday language. In the compost substrate there are often rotten and lignified plant parts, so that only parts of it contain homogeneous humus with a fine crumb structure.

While humus is created in natural habitats without human intervention, compost is actively produced. There is fresh compost that contains small amounts of decomposable organic residues. This substrate stimulates the activity of the soil organisms. Ready-made compost contains large amounts of pure humus and small parts of substances that are difficult to decompose. It is slowly processed by the soil fauna and is a slow-flowing source of nutrients.

Humus has a balanced ratio of calcium and iron, potassium and aluminum, magnesium and manganese, phosphorus and sulfur, nitrogen and carbon. A well-ripened compost that has been stored for at least a year is comparable to pure humus. It is not only used as a fertilizer, but has a positive effect on the soil.