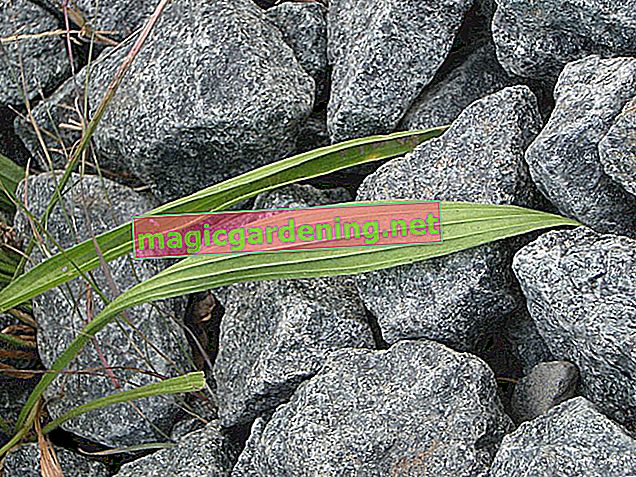 All plant parts of the ribwort are edible and can be eaten raw or cooked. Even the roots are not poisonous, but are rarely used in kitchen recipes. The young and tender leaves of the ribwort are not only a healthy feed for rabbits and horses, but also a beneficial addition to the human diet. Picked straight from the meadow and eaten raw, the leaves have a rather bitter taste. But they can easily be cut into smaller pieces with scissors and used as a herb component in the following recipes:

Ribwort plantain buds as a snack and spice

For consumption, it is best to harvest the ribwort buds shortly before flowering, when the white-yellow dust flowers have not yet formed around the buds. Raw these buds have a slightly nutty taste. But they can also be gently roasted in oil and used to give various dishes a mushroom-like taste. If you only cut off the buds, you can sometimes experience the regrowth of fresh flower buds several times during a growing season in the same location.

The preparation of your own cough suppressant from ribwort

The ribwort is not only edible, but has a positive effect on various areas of the human body such as the digestive tract and respiratory tract. But the best known for generations has been the use of the expectorant effect of the ribwort to combat dry coughs and colds. You can easily make a cough syrup from ribwort plantain yourself if you boil 1 kilogram of washed and chopped ribwort plantain leaves along with 1 liter of water, 1 kilogram of sugar and 500 grams of honey and allow it to thicken. After filling into boiled glasses, you should store this cough syrup in a cool place, otherwise it will only last a few weeks.

The ribwort itself is not poisonous, but the use of certain fertilizers or pesticides on other people's properties can often not be ruled out. It is therefore better to harvest the ribwort in your own garden or in locations that have been proven to be harmless.