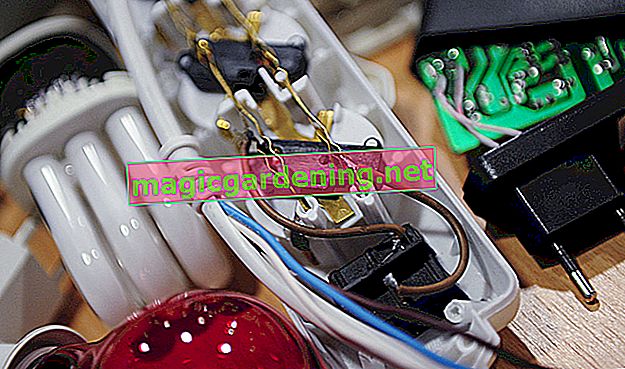 What is a pomelo?

First of all: the pomelo is not a species name. Fruit and plant always belong to the real grapefruit, ie basically the different fruits (and also little trees) available in the trade as pomelos are always a type of grapefruit. However, there are differences. In German usage, the word “pomelo” usually refers to the product of a cross between grapefruit and grapefruit, whereby this result is more similar to a grapefruit than a grapefruit and is therefore also assigned to this type of citrus. There are pomelos with light and red pulp.

Appearance of the pomelo fruit

The fruit of this cross also looks much more similar to a grapefruit than a grapefruit and is also almost as big. Pomelos are round or pear-shaped and usually weigh between 500 grams and up to two kilograms. The skin of a ripe pomelo is usually green to green-yellow. As with grapefruit, the rule that applies to pomelo is that the redder the flesh, the sweeter the fruit. The fruits contain a few large, angular, pale yellow seeds, egg-shaped in outline.

For some years now, German supermarkets have been selling fruits under the name “pomelo”, but they are not a cross product, but real grapefruit. This sometimes leads to confusion, because the taste of the fruits is quite different. But how did this confusion of names come about? Quite simply: In English the grapefruit is usually called “pomelo” and is also known by this name, especially in Asia. So it happens that the pomelo is sold as a traditional Thai fruit, although it was actually only “invented” in Israel around 1970. To complete the confusion: in French and Spanish, the word “pomelo” means neither one nor the other, but refers to a grapefruit.

The honey pomelo (honey pomelo), which is mainly grown in southern China, is not a particularly sweet cross product, but a grapefruit grown by selection. It's not wrongly named because its juicy flesh is actually as sweet as honey and only slightly bitter.

If you are looking for a particularly unusual type of citrus, then try the tangelo. This is a cross between grapefruit and tangerine, which is also known as minneola.