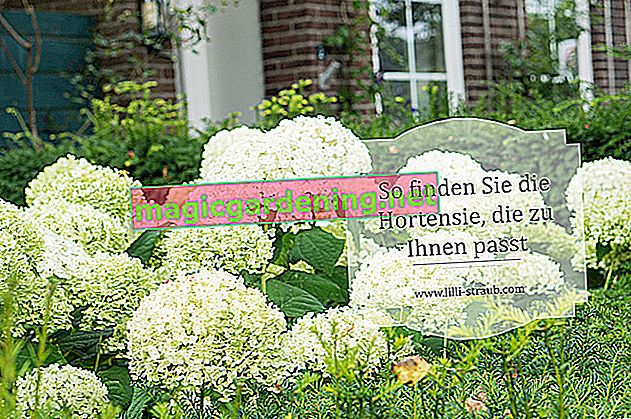 Pruning measures depend on the hydrangea variety

There are around 70 different types of hydrangea around the world, but only a small part thrives in German gardens for climatic reasons. The most widespread are the numerous varieties of Macrophylla hydrangeas, which are also known as farmer hydrangeas. In terms of cut, all garden hydrangeas can be divided into two groups. The first group must not be cut back, as these varieties develop their flowers on the previous year's shoots. Hydrangeas of the second group, on the other hand, have to be cut because their flowers only appear on fresh shoots. “Endless Summer” is an exception, however, because it blooms on both types of wood.

Although the "Endless Summer" hydrangea should not be cut back, some caring pruning measures are useful:

Younger hydrangeas of the “Endless Summer” variety should not be cut in the first few years so that they can grow into stately bushes. A thinning and tapering cut is only necessary after a few years, whereby you cut away about a third of the oldest branches just above the ground. This rejuvenation cut should definitely be carried out, otherwise the hydrangea will age and its flowering performance will decrease significantly. Even shoots that are growing too close can be removed regularly so that the inner parts of the plant get enough light and air.

In contrast to other farm hydrangeas, with “Endless Summer” it is not a problem if flower buds freeze to death due to late frosts in spring. New buds are immediately reproduced on the young shoots. Frozen shoots should also be cut away in spring, as they form a gateway for various pathogens and weaken the plant as a whole.