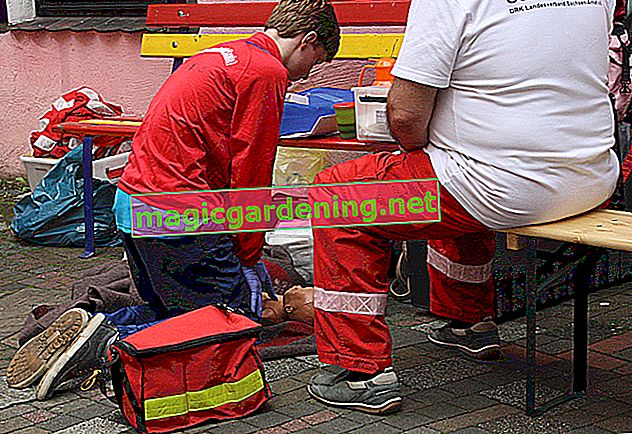 Saving a Phalaenopsis with rotten roots - this is how it works

The regulation of the water balance is the greatest challenge in the care of orchids. This also applies to the Phalaenopsis orchid, which can be bought at discount stores and hardware stores. Well-meaning beginners tend to water the epiphytic exotic so profusely that the roots rot. The leaves then dry up because they are no longer supplied with water. How to Save the Floral Gem:

In the bright, warm location at temperatures of 22 to 25 degrees Celsius, you can now watch the new roots sprout. Then put the orchid in a transparent pot with a mixture of sphagnum and fine-grain orchid soil. Only when a new, strong system of aerial roots has developed, you pot the rescued orchid into normal pine bark substrate. Until then, of course, it will take several months to a year.

Saving orchids without leaves - this is how the plan works

If an orchid sheds all of its leaves in the middle of the season, hopes for another blooming season are gone. If you can rule out that it is a natural vegetation cycle - different orchid species regularly shed all their leaves - we recommend the following rescue measures:

Give the orchid a few weeks and months to regain its strength. If you lack the power for a new leaf dress, it will at least produce an offshoot. The Kindel thrives near the trunk. If the offspring has at least 2 air roots and leaves of their own, they can be separated and nursed in their own pot.

Anyone who is familiar with the rescue plan for orchids can get hold of the expensive exotic species at a budget price in the supermarket. Phalaenopsis, Miltonia or Dendrobium that have been tended to the edge of ruin by untrained staff are sometimes offered at ridiculous prices. With a little skill and these first aid measures, you can breathe new life into a dying orchid.