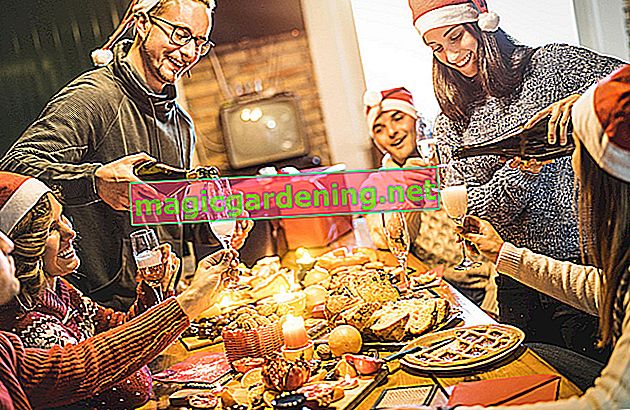 How to fight bacon beetle larvae

Once bacon beetles have settled in the apartment, control is difficult and time-consuming. In order to completely contain the infestation, additional measures must be taken in addition to thorough cleanliness. Structural measures provide effective prevention. When you can identify the center of the infestation, vacuum up the beetles, larvae, and pupae. Use an upholstery nozzle for inaccessible spaces. It is advisable to dismantle baseboards in order to capture the light-shy larvae.

Larvae are not caught in the vacuum cleaner bag. Disposal in household waste. is strongly advised.

The measure must be repeated regularly over two to three months so that you catch as many stages of development as possible. It is possible that, despite thorough hygiene, some larvae were able to retreat to well-protected hiding places and survive. Therefore further control measures are useful.

If the pests have settled under parquet strips and floor boards or behind skirting boards, you should spray out all the gaps with silicone. Be particularly careful and make sure that no gap is left open. After hatching, the insects cannot find a way out and die due to lack of food.

Parasitic wasps, (€ 14.59 at Amazon *) lacewings, ladybugs or predatory bugs are suitable pest control agents that parasitize the larvae of the bacon beetle. They are not harmful to health and do their work in secret. In specialist shops you will find cards that have been stuck with beneficial insects' eggs. These must be laid out in the infested cupboards so that the larvae can go in search of food after hatching.

The oil from the Indian neem tree acts as a natural insecticide and intervenes in the development cycle of the beetle larvae. If the insects come into contact with the oil, they stop their eating activity. Living beings suffer from decreased vitality and adult beetles no longer reproduce.

Recipe for a neem preparation:

Frequently, pyrethroids such as imiprothrin or cyphenothrin are used against pests such as the bacon beetle larva. Pyrethrum, on the other hand, is a natural plant substance obtained from chrysanthemums. In comparison to synthetically produced pyrethroids, this extract decays when exposed to light. Chemical substances such as piperonyl butoxide (PBO) are added to increase the effect.

Commercially available products are available as:

The products release their active ingredients into the room air and act on the insects' nervous system. But humans also inhale the toxins and can suffer from undesirable side effects. In sensitive people or through incorrect use, the PBO additive is the main cause of health problems. Bacon beetle larvae can be killed by extreme temperatures. They die when the ambient temperature rises above 50 degrees or drops below -20 degrees. Heat treatments show results after one to two hours, while freezing must take place for at least two weeks. Wash textiles as hot as possible or send them for dry cleaning. Delicate clothes are packed in a bag and frozen in the freezer.

Pheromone traps are a great way to detect bacon beetle infestation. They use sex attractants that mimic the smell of females and attract male beetles. After they crawl into the trap, they stick to adhesive surfaces. The traps are ineffective against bacon beetle larvae. They are not suitable for the sole control of the pests, since the males may have reproduced before looking for the female dummy.

Bacon beetles represent a beetle family that is represented in Europe with around 140 different species. They colonize different habitats, occur worldwide and live mainly in the soil litter. Some species turn out to be flower visitors, while other bacon beetles appear as scavengers. Common bacon beetles, carpet beetles or common fur beetles come into question as culture followers.

Bacon beetle genera and their occurrence:

Cultural followers were able to spread worldwide through human displacement. They live and spread inside buildings and can appear anywhere in the home. Bacon beetles find food in the closet, spread in bed or nest in crevices behind the closet.

Store food below 15 degrees, as this greatly inhibits the development of the larvae.

Where do the larvae come from?

While adult beetles attract attention when they gather on the windowsill in search of a path into nature, larvae live in secret. The beetles can fly in through open windows, but are usually brought in through contaminated food or animal feed.

Since the larvae are shy of light, they hide in niches and crevices. For pupation, they retreat deep into the partition walls, drill into wood or nest between stored textiles. Depending on the species, there are different factors that favor settlement: Bacon beetles occur as material and hygiene pests. The feces of adult animals and larvae contaminate food and can cause allergic reactions or gastrointestinal complaints in humans.

The insects do not cause bites or stings. However, some larvae have defense hairs that can cause irritation on contact with the skin. Symptoms are similar to insect bites and occur when you put on clothing infested with larvae.

The insects can cause great damage if the infestation is severe. If the animals nest in poorly ventilated hiding places, condensation and mold develop. Larvae cause damage to food supplies, pet food and textiles made of leather, wool or fur. They attack softer wood because they prefer solid materials for pupation. Cork, stacks of paper, styrofoam, mortar or cardboard also offer suitable options for creating a doll's cradle.

Bird keepers should clean their darlings' houses at least once a week, because feathers are a popular food for bacon beetles.

Bacon beetles are used to prepare animal skeletons. Not all species can be used for this, only carnivorous or scavenging representatives. Because of the typical food spectrum of textiles and dry foods, species that occur as stored-food pests are not suitable for this use.

How do bacon beetles multiply?

The common bacon beetle mates at temperatures of 16 degrees. A female lays up to 150 eggs in a suitable substrate. How fast the larvae develop depends on the ambient temperatures. While only one generation develops per year in nature, the descendants living in buildings can reproduce in the same year.

Is there any fossil evidence of bacon beetles?

Indirect evidence of feeding activity was found on dinosaur bones more than 150 million years old. Impressions of the mouthparts, excreted bone material and drill holes gave clues to the cause. Direct evidence that bacon beetles lived at this time has been found in fossils trapped in amber.

How can I protect myself from an infestation?

It is important to ensure thorough hygiene in pantries and cupboards. Food should be kept in lockable containers that are sealed with rubber. Wipe the shelves regularly to get rid of any flour crumbs. Bird cages have to be cleaned weekly, because bird feathers are a popular food for bacon beetle larvae. Make sure that skirting boards and other spaces are sealed with silicone.

Which bacon beetles live in my apartment?

The bacon beetle family includes more than 100 species. A handful of bacon beetles occur as material and hygiene pests, which can be easily identified in the adult stage. Their larvae can be recognized by their typical bristles and defensive hairs, which make the body look spiky.