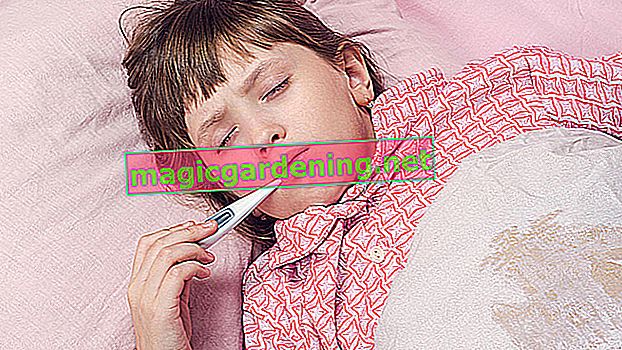 A healthy spruce that is well cared for in a suitable location rarely suffers from pests and mostly remains healthy and resilient for many years. However, a lack of nutrients and / or a lack of moisture can weaken the spruce just as much as waterlogging, which means that pathogens have an easy job with the tree.

What diseases can occur in a spruce?

Two diseases in particular are relatively common in spruce, omorica and red rot. The Omorikasterben does not, as the name suggests, only affect the Serbian spruce (bot. Picea omorika) but also other species, but mainly young trees.

The red rot can usually only be recognized very late because the fungus spreads from the inside. Heterobasidion annosum, the root sponge, is responsible for this disease. The spruce becomes rotten from the core and at some point dies completely.

Does a spruce often suffer from pests?

The most common pest found on spruce trees is probably the bark beetle, but the sitka spruce louse also often troubles conifers. The needles turn brown before falling off. The spruce gall louse can be kept under control with the help of beneficial insects.

Can a sick spruce still be saved?

Rescuing a sick spruce is practically only possible in the initial stages. Since many symptoms are quite inconspicuous at the beginning, it is often too late for relief measures. Also, some agents used to control pests or fungal infections are harmful to the environment. The use should therefore be carefully considered. However, as long as home remedies promise good success, you should use them.

Possible diseases and pests in the spruce:

If you discover pest infestation or symptoms of disease on your spruce, you should act immediately, otherwise the tree can no longer be saved.