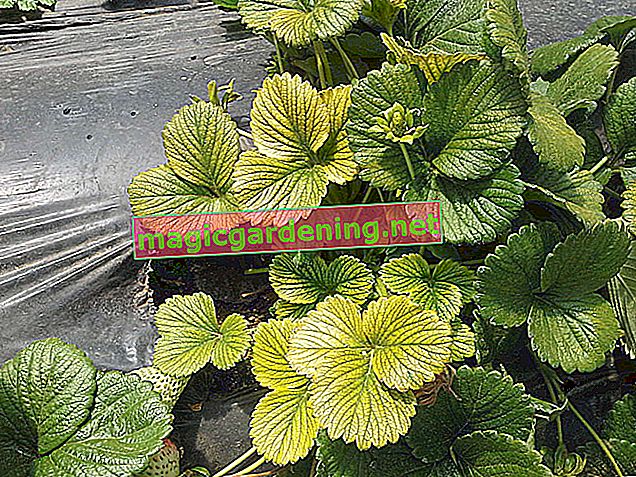 Rose petals turn yellow when there is a lack of nutrients

Leaves that turn yellow can indicate a general lack of nutrients, but also allow conclusions to be drawn about the lack of individual minerals or trace elements. A nitrogen deficiency, for example, shows itself in yellow leaves and the increased occurrence of blind shoots, in a phosphorus, manganese or magnesium deficiency, the leaves turn yellow and are finally shed. An iron deficiency, known as chlorosis, on the other hand, shows up in yellow leaves and darker leaf veins. A nutritional deficiency can have very different causes.

Do not water roses too hard

Although roses need a lot of moisture, they shouldn't be watered too generously. Water also flushes the nutrients out of the soil and leaches it out. Above all, be careful not to water the roses with a strong jet of water or the like; it is better to use a watering can with an attachment.

Yellow coloration can also be the first indication of star soot

However, the yellow coloration is not always due to a lack of nutrients: Even with an infection with the sooty fungus, the rose petals initially turn yellow in order to then develop the characteristic black-brown spots.

However, you do not have to buy expensive special fertilizers, you can also fertilize your roses inexpensively with coffee grounds or tea leaves.