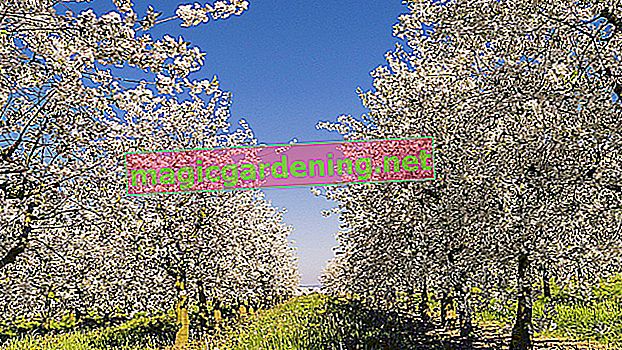 In autumn, you maintain the bushes by cutting out old and diseased shoots. This is also the best time to prune currant shoots when they have shot up too much.

Cut back in summer

Red currants bear the most beautiful and sweetest fruits on the two- and three-year-old shoots. When pruning, you must therefore be careful not to remove too many one- and two-year-old branches. If you cut these, you have to expect that the harvest will be much smaller next year.

All main shoots that are more than three years old are cut. They would hardly bear berries for the next few years. The shoots are separated from the main stem directly at the base. Don't leave stumps standing.

By cutting back, you create space for new shoots. You should not leave more than ten to a maximum of twelve main shoots on the bush. If the shoots are too close, the berries stay smaller and taste less sweet.

Cut back the red currants

By shortening the shoot tips, you encourage the branching of the small side shoots. Cut a maximum of a third of the shoot just above one eye.

You can remove poor shoots inside the bush without hesitation. The berries that grow there hardly ripen in time. You don't get enough sun.

In addition to the main trunk, currants often form unwanted side shoots, the so-called water shoots. You should remove these regularly. No fruits grow on them. They only remove important nutrients from the plant.

White currants are cut in the same way as the red bushes. Black currants, on the other hand, bear the most berries on annual wood. Therefore, you have to cut back these bushes differently.