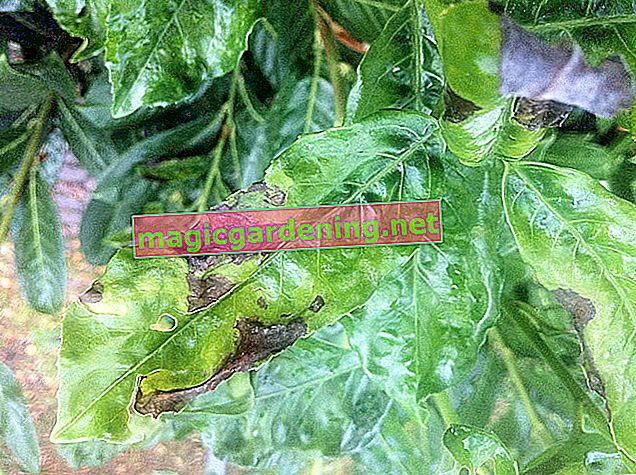 Both variants of the fungus can be easily distinguished: powdery mildew forms a fine white coating on the upper side of the leaf and, in an advanced stage, attacks not only the leaves but also the young shoot tips as well as the buds and fruits of the cherry laurel.

In the case of downy mildew, on the other hand, there are pale purple, yellow or brownish discolorations on the upper side of the leaves. The gray fungal lawn can only be seen on the underside of the leaf.

Fungal diseases on the cherry laurel can be treated very well with apple cider vinegar. Mix a tablespoon of vinegar with a liter of water and pour the liquid into a sprayer. Thoroughly wet the infected leaves with this mixture for several consecutive days. Only use the product in the evening or morning and never in direct sunlight so that the previously damaged leaves do not get sunburn.

Milk has also proven itself as a natural remedy for powdery mildew:

The microorganisms contained in milk fight powdery mildew. At the same time, the sodium phosphate it contains strengthens the laurel cherry's defenses.

Spraying with vinegar not only helps with powdery mildew, it can also be used to successfully drive away aphids.