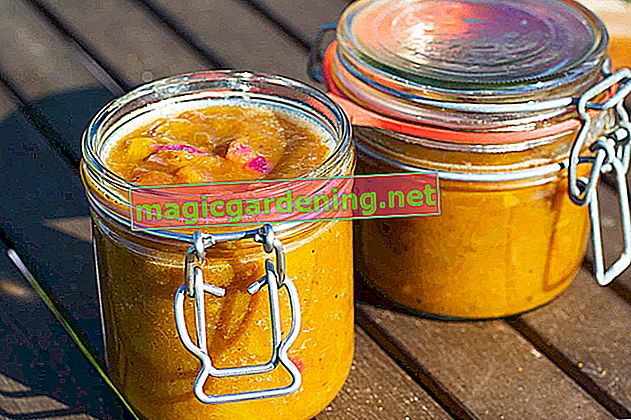 Store rhubarb in the refrigerator

Freshly harvested or purchased rhubarb should be used within a few days as it spoils quickly. The rhubarb stalks are best kept in the refrigerator, as the cold inhibits the putrefactive bacteria. Wrap the rhubarb in a damp cloth and place it in the vegetable drawer. This protects him from dehydration.

The rhubarb should not be stored for longer than three days, as its quality is greatly impaired. It is better to harvest the rhubarb right before processing or only buy small quantities that you can use immediately.

Rhubarb can be frozen for a good year. The longer it is stored, the more it loses its aroma, which is why it is best to use it after six months at the latest

There are several ways to preserve rhubarb by boiling them: