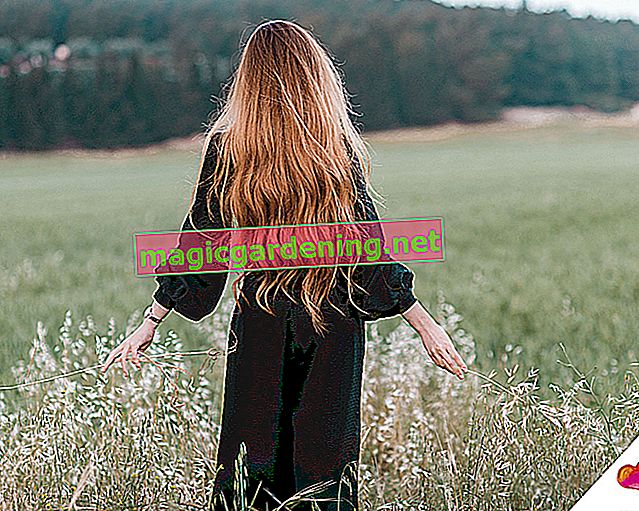 The flowers of the oleander are hermaphroditic, that is, both male and female and are therefore able to fertilize themselves. As a rule, however, animals are pollinated. If you do not cut off the faded inflorescences, but leave them standing, you can hope for follicles - assuming warm and sunny weather. The elongated, about 10 or even more centimeters long pods are initially green, but turn brown until they are ripe. The seeds are ripe as soon as the fruits burst open on their own and release the umbrella-reinforced seeds.

Cut off oleander fruits or leave them hanging?

The development of fruits and seeds costs the plant a lot of strength, which in turn cannot be put into growth or the development of new flowers. In addition, the fruits in our latitudes will not always ripen because it gets cool too quickly in autumn. You can, however, encourage ripening by adding potash fertilizer to the oleander between mid and late August - this also benefits the shoots, which also ripen faster. So whether you want to leave the follicles standing or cut them off is entirely up to you: Put more emphasis on flowers, remove the fruit sets. If, on the other hand, you want to try to reproduce seeds, leave the follicles and hope that they will ripen.

You can collect the seeds from the ripe, burst fruits and sow them immediately on a nutrient-poor growing medium (9.05 € at Amazon *). In order to break the germ inhibition, you should soak the granules in lukewarm water for at least one day. Since the oleander is a Mediterranean plant, stratification is not necessary. However, the oleander belongs to the light germs, which means that you do not need to cover the seeds with soil. However, keep them evenly moist and ensure a high level of humidity and constant heat, for example in an indoor greenhouse. Germination usually takes place after about four weeks.

Attention! Like all parts of the oleander, the follicles are also highly poisonous!