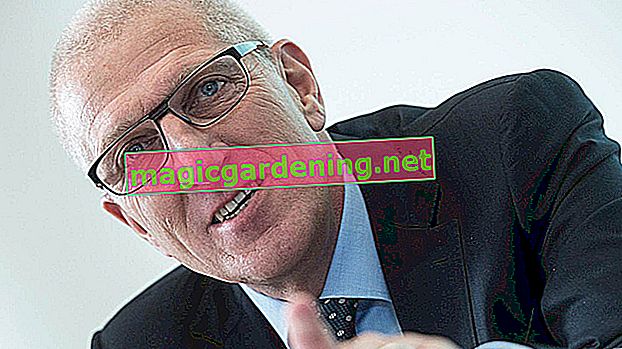 The yew tree is so robust that it can even handle it if you prune it back to a stick. It will reliably drive out again.

It can also be brought into any desired shape. Whether you want to cut a ball or create other figures - with the yew tree there are hardly any limits to your ideas.

However, when pruning heavily, you must note that the yew tree grows very slowly. It sometimes takes two to three years for a severely pruned yew tree to grow tall and dense again.

When is a strong pruning of the yew necessary?

Basically, you don't even have to cut a yew tree. If you like it and you have enough space for it, you can just let the yew grow.

The best time to cut back

The yew tree doesn't care when you do a heavy pruning. You should not necessarily use scissors only in the summer when there is strong sunlight, as the needles on the cuts then turn brown.

If you value flowers and fruits, prune them in early summer. You can then see where the fruit clusters are. The female flowers are rather inconspicuous. The male flowers are already planted in early autumn, so you shouldn't cut the yew in autumn.

Old yew hedges tend to bald on the inside. In this case, a heavy pruning can be very useful to rejuvenate the yew trees. To do this, the trees are thinned out and cut back.

As a result, the lower regions of the hedge get more light again and the yew tree drives many new small branches there.

Since yew trees are highly poisonous, it is essential that you work with gloves when cutting. Be careful not to get any needles or cuts in your face, as the poisonous sap can cause allergic reactions on the skin.