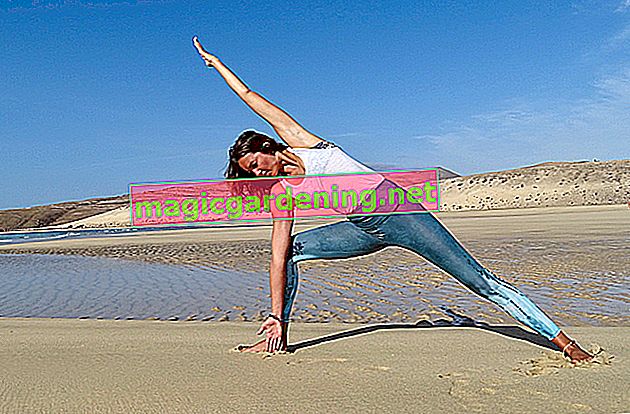 If the holly is to serve as a privacy screen, be careful when cutting, then the ilex only grows about 15 cm per year. Use only clean and, above all, sharp cutting tools, otherwise the branches will be squashed rather than cut.

The holly as a Christmas decoration

In many countries such as England or France, the wintry branches of the holly with the bright red berries are popular Christmas decorations. They are really very decorative. Unfortunately, the pretty berries are very poisonous to humans. So be sure to immediately destroy any berries that have fallen so that small children don't put them in their mouths.

However, the fruits are also an important feed for many native bird species. So leave enough berries for the birds to eat. As a thank you, the birds ensure that your ilex reproduces with their droppings. However, it takes a long time for germination to take place and you need a lot of patience before the first young plants can be seen.

The holly as a hedge plant

Both European and Japanese holly are well suited for planting a hedge. However, the Japanese holly is not as hardy as the European one. However, both species are poisonous and not necessarily within the reach of young children. For many pets, too, eating the berries can be fatal.

The holly as a bonsai

The Japanese holly is particularly suitable for a bonsai. It has smaller leaves than the European holly and a beautiful compact habit. It is also very easy to cut, but also grows very slowly. In a mild area you can grow the Japanese holly as an outdoor bonsai, an ornament for example in a Japanese-style garden.

Don't prune your holly too often, it will grow slowly. With a hedge made of holly, one cut per year is sufficient.