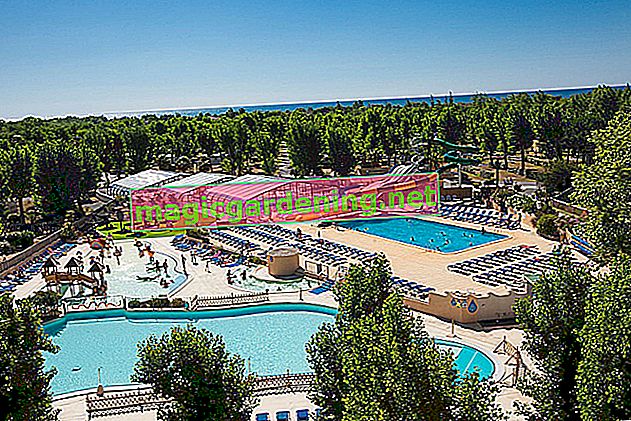 The most common types of clover in the garden

In the garden, different types of clover can spread by themselves or be specifically cultivated. While some gardeners consciously grow clover instead of lawn, others fight desperately to eradicate the clover in the garden. The most common types of clover in European gardens are:

Other known types of clover are:

Special features of the meadow clover

Improve the soil with clover

The different varieties of agricultural clover physically and chemically improve the soil. On the one hand, the fine roots of the clover loosen the soil deeply and can thus prevent soil damage, such as through regular grain cultivation. On the other hand, the nodule bacteria at the clover roots also accumulate nitrogen in the soil, which is important for the growth of many plants. However, one should not overdo it with the cultivation of clover and between individual crop rotation rounds of the clover, cultivation breaks of three to four years for white clover and five to eight years for red clover should be observed.

When the clover becomes a nuisance in the lawn

Under certain circumstances it can happen that the clover spreads undesirably in the lawn. If the clover spreads heavily in the lawn, fertilization with horn shavings (€ 6.39 at Amazon *) can help: These promote healthy growth of the grass without providing the clover with additional phosphate (as found in other fertilizers). In the spring, it can also be helpful to thoroughly remove the clover from the lawn with a scarifier. Then the bald spots should be provided with fertilizer and the lawn should be re-sown. In severe cases, chemical agents can also be used that only exert their effect on the dicotyledonous clover and not on the monocotyledon grass.

The lucky clover (Oxalis tetraphylla), which is popular as a lucky gift on New Year's Eve, is particularly popular because of its four-leaf clover leaves. Due to its sensitivity to frost, it is usually grown indoors, but can also be grown outdoors in pots in summer. The small storage lumps of the lucky clover are even edible.