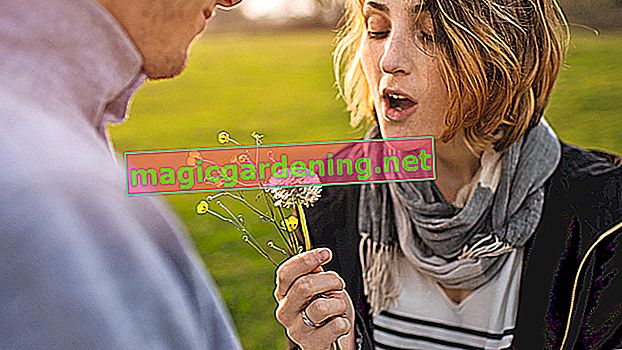 Which material for garden paths is particularly inexpensive?

Before deciding on the cheapest materials, you should make sure that the finished path also meets your requirements. If a paved path is the optimal solution (for example because it is used very often or should be easily accessible with a stroller), then choose inexpensive pavement slabs or paving stones, even if bark mulch or gravel cost less.

B-quality goods are usually much cheaper to buy than A-goods. Often the defects are so minor that they can hardly be seen. You can possibly save a lot of money and still get the natural stones you might want for your garden path.

But never do without a solid substructure for paved paths. You could regret it as early as next winter when the first frost damage appears due to the path freezing up or when parts of the path sink during prolonged rain.

What work can I do myself?

Even if you are not a particularly skilled garden owner, you can at least do the earthwork yourself. After all, the earth has to be dug about 50 to 60 cm deep for a paved path including the substructure. However, if you already have back problems, it is better to leave this work to others. No garden path is worth a herniated disc, no matter how beautiful the path may be.

You can easily create paths without a substructure yourself, such as a gravel path or a path made of bark mulch. If you want to prevent weeds from growing, then place a special weed fleece under the gravel or mulch (€ 213.00 at Amazon *). (€ 28.90 at Amazon *) A thick layer of sand or split can also help.

DO NOT save on the substructure!