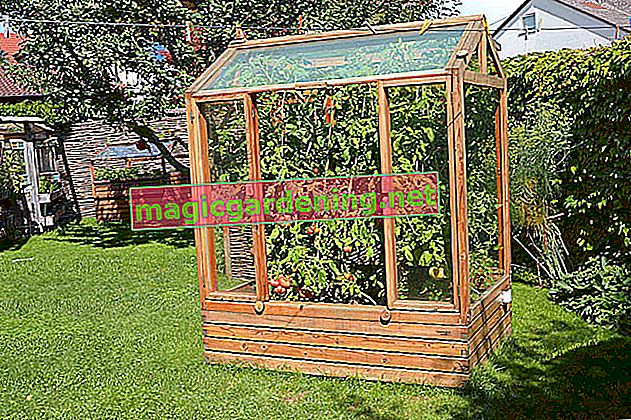 You can eat these types of mushrooms

You only know two types of mushrooms from the supermarket - white and brown. However, these are not two different species, only different colors of one and the same cultivar. But did you know that there are around 50 different types of mushrooms in total, many of which are edible? We will introduce you to the most important ones.

The meadow mushroom (Agaricus campestris, also known as field Egerling) is probably the best known and a valuable edible mushroom. You can find it between June and October on meadows, pastures and fields, although the population of the once widespread fungus has declined sharply due to the decline in cow and sheep pastures.

The forest mushroom or blood Egerling (Agaricus silvaticus) is mainly found in coniferous forests between July and October, less often in deciduous forests. Its appearance is very variable, but mostly light brown with brown to dark brown fiber scales. The forest mushroom is very easy to confuse with the poisonous guinea fowl Egerling. However, you can recognize the poisonous mushroom by its carbolic odor, and interfaces, especially on the stem, turn yellow.

The white aniseed Egerling or sheep mushroom (Agaricus arvensis) is also a valuable edible mushroom. You can find it from spring to autumn in forests, on fertilized meadows and pastures, in parks and on grassy places. Its meat smells strongly of aniseed.

Unfortunately, mushrooms are very easy to confuse with various poison mushrooms, some of which can even be deadly poisonous.

Agaricus xanthodermus grows between June and October in deciduous forests, on forest edges, in clearings, meadows and in parks. You can distinguish it from its edible relatives by these features:

There are a number of very poisonous death cap mushrooms that look very similar to edible mushrooms at first glance. However, you can recognize them by the typical tuber (often underground) and the white or light-colored lamellae.

In every city there are mushroom advisors who have undergone special training and can tell you exactly whether the mushrooms you have collected are edible or not. A worm or snail infestation, however, is not a sign of the edibility of a fungus.