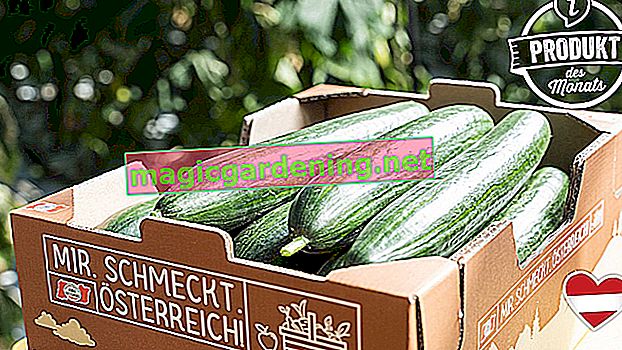 When do they appear?

The mallow flowers appear at different times depending on the type and variety. There are mallows that bloom as early as the end of May. Others present their flowers from June and still others from July. The flowering period can last until September.

While some species only bloom for two weeks, others bloom for four weeks or longer and are easily remounted after the old flowers have been removed (form new buds / re-blooms).

How do you look?

Each flower of the mallow is white, pink, light purple, lavender, or red. The flowers are single or in clusters in the leaf axils - usually in pairs. Some species have up to four flowers in each leaf axil. All mallow flowers have the following features in common. You are:

Mallow flowers are not poisonous, they are edible. They taste mild, delicately sweet and pleasant. Their high content of mucous substances has a positive effect on the body. Therefore, you can buy so-called cheese poplar tea in pharmacies. This is a tea made from dried flowers and / or leaves of the wild mallow.

In order to preserve the flowers, you don't have to forcibly overwinter your mallow. Freshly grown from seeds in spring, flowers appear in summer. These help with: