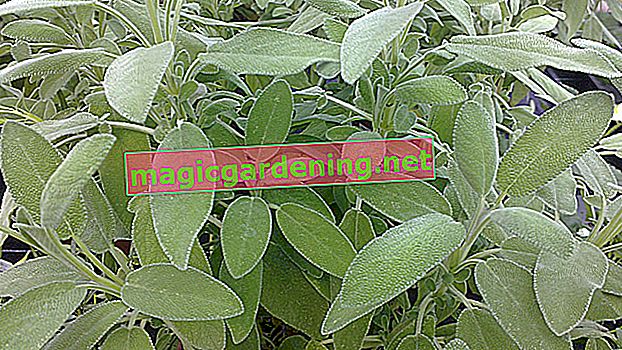 The spread of the spores

Basically, the spread of fungi works like a plant with tiny seeds. So if you want to grow mushrooms, you need to spread spores of the desired type of mushroom in a suitable place. Sometimes this also works with unwashed remnants of fungus that still have spores attached. But the result is better with professionally manufactured spore sticks from specialist shops.

The mycelium in the underground

The edible mushrooms we collect for consumption do not actually represent the whole mushroom. Rather, they are only the fruiting bodies of a plant which, as mycelium, runs through the ground like a widely branched root system. Thus, even without the direct spread of spores, further fungi can appear on the surface if there is still an intact mycelium in the soil. When harvesting, mushrooms should therefore never be torn from the ground with the mycelium. With a little luck, a new mushroom can grow back in the same place in the same season.

The honey mushroom as a mushroom with underground reproduction

An impressive example of the multiplication of mushrooms by the underground mycelium is the Hallimasch. This mushroom, also used as an edible mushroom, is very common in some areas of the USA. In the US state of Orgeon, a giant honey fungus is considered to be the largest living being on earth, with dimensions of around 1200 soccer fields. The underground network of this giant sucks nutrients and water from conifers and forms honey-yellow fruiting bodies on the surface.

When collecting, think about the multiplication of the mushrooms

Mushroom pickers should always think about the future. This is why you should always leave enough mushrooms in the forest even when there are fewer mushrooms so that their spores can spread their species. In any case, larger mushroom specimens are usually no longer tasty or are already rotten on the inside of their stems.

If fungi are introduced into the grass cover of the home garden through woody soils or turf, often only a change in the soil conditions can help prevent their reproduction:

If these fungi remain unchecked, the characteristic witch rings often quickly form in the soil due to the multiplication of spores.