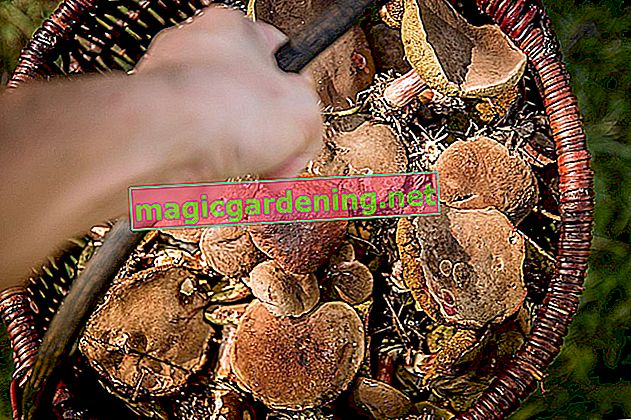 Summertime is high on an old cherry tree. Birds have chosen the dense crown as their nesting site. Flocks of useful insects cavort in the aged branches. Recommendations for a summer rejuvenation cut therefore fall on the deaf ears of responsible home gardeners. This is also how the Federal Nature Conservation Act sees it. Paragraph 39 stipulates that radical cutting measures must be carried out between October 1st and February 28th to protect our severely threatened wildlife.

Cut the aged cherry in stages

In order for an old cherry tree to cope with the rejuvenation pruning, you should proceed in stages. Spread the measure over three years. From the second year onwards, a summery care cut complements what started the winter cut. You can successfully revitalize an aged cherry tree with the following strategy:

Every clearing cut causes a strong shoot in the cherry tree. In the second and third year you subject already rejuvenated crown sectors to a regulating maintenance cut. Once you have rejuvenated the entire crown, pruning will result in pruning at intervals of three to four years after the harvest.

Always cut used crown branches of a cherry on cones instead of astring. With this incision you will reduce the stress on the old fruit tree. Furthermore, there is a good chance that fresh shoots will sprout from the 10-20 cm long stumps, which are suitable for fruit wood. After two years, select the two most promising shoots for each cone. All other twigs and the remains of the cones are removed after the summer harvest.

During the rejuvenation pruning, you will be confronted with numerous thick branches in the old cherry tree that must be removed. From a diameter of 10 centimeters, cut the branches piece by piece on cones. Initially, saw the branch from below at a distance of 30 centimeters from the trunk. Move the saw a little so that you can now saw from above. The branch then falls to the ground. Finally, cut off the stump on tenons.

From a pruning point of view, sour cherries play in a different league than sweet cherries. Juicy morello cherries thrive on the previous year's shoots. The one to three year old fruit wood bears delicious sour cherries. This behavior calls for an annual maintenance cut following the summer harvest.