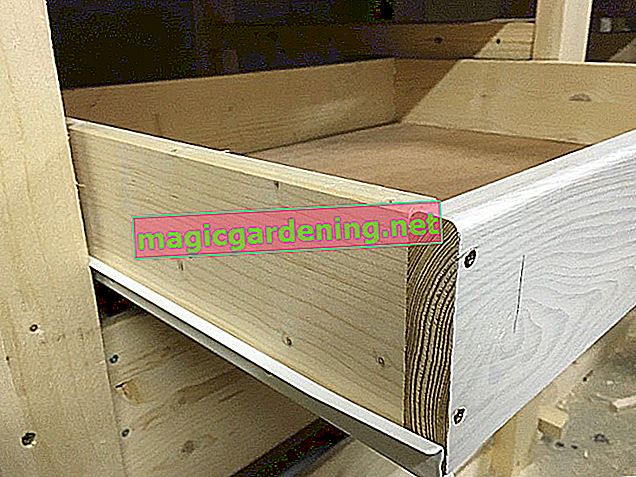 What to watch out for when freezing potato soup

There are several points that are very important to keep in mind when trying to freeze your potato soup. If you do it wrong, it quickly happens that both the consistency and the taste of the soup leave a lot to be desired after defrosting.

Only freeze creamy (pureed) potato soup. Soups with potato pieces should not be put in the freezer. Otherwise you will have glassy to mushy potatoes afterwards, which taste unusually sweet.

A brief explanation of the sudden appearance of sweetness: In the tuber of a potato, starch is constantly being converted into sugar. The tuber needs the latter for its metabolism. If the temperatures drop below four degrees Celsius, the metabolism slows down - but sugar is still provided. In this cooler situation, however, the tuber no longer needs this to the full extent. As a result, the sugar is deposited in the tuber and the potato takes on a sweet taste.

Reason for the muddy: The water in the cells of the potatoes freezes, expands and destroys the cell membrane. This causes the potatoes to lose their crispness.

Some ingredients that you want to add to your potato soup are best added later (i.e. after freezing and thawing). These include, for example, the classic sausages or smoked salmon. You should not mix herbs, cream or milk into the potato soup before freezing, but after thawing.

The taste and shelf life of a frozen potato soup

When it comes to taste, opinions differ. Some find no difference between a fresh potato soup and one that has been thawed after freezing; Others, however, are of the opinion that the latter tastes less aromatic. In the end there is only one thing left for you; Try it out and see for yourself whether you like your thawed potato soup.

The shelf life of the frozen potato soup is around three months. However, it is better to eat the soup within four to six weeks.