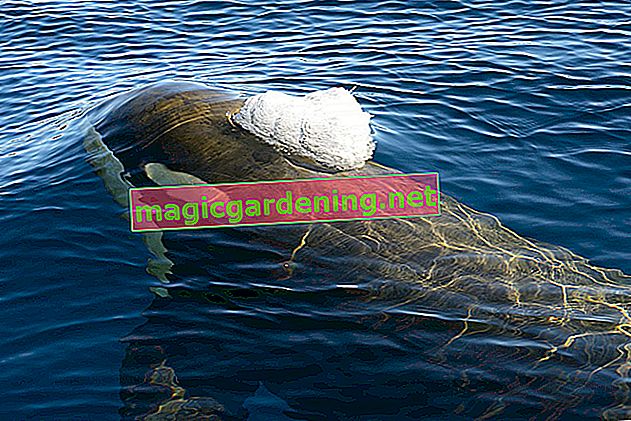 In short: the characteristics of the dandelion

You may also know the dandelion under the name dog flower, cow flower, milk stick, chain flower, piss flower, dandelion, buttercup, sun vortex or monk's head. This annual to perennial plant, of which there are over 400 species, has many names.

The dandelion can often be found on fallow land. But he also likes to colonize meadows, roadsides, fields, open forests and gardens. It even appears now and then between narrow stone joints and in masonry.

The dandelion in focus: structure and appearance

Anyone who has got to know the dandelion will quickly recognize it. It has a herbaceous growth and can reach up to 50 cm high. A hollow stalk filled with a white milky sap shoots up in spring. A rosette of leaves forms at the bottom. The individual leaves are up to 30 cm long, lanceolate in shape and roughly serrated on the edge.

The yellow flowers that appear from the beginning of April are extremely distinctive. They are at the end of the smooth stems:

After the flowers, the stage is clear for the seed heads of the dandelion. They are also unmistakable and every child knows how to name them. They are commonly referred to as dandelions. Each seed stand acts like a fluffy ball. It is a radial crown of hair that consists of numerous seeds.

The individual seeds are equipped with small parachutes. This makes them easily spread by the wind. Each seed is black and elongated in shape. Self-sowing is not the exception, but rather the rule.

What is the white secretion that is in the stems? Warning: it is the so-called milk juice. It contains an irritating to slightly toxic ingredient called taraxacin. It can cause irritation and if consumed it can cause liver problems and nausea.

If you want to use the dandelion for salads etc., it is better to keep your hands off the older leaves and stems and collect the young, tender leaves.