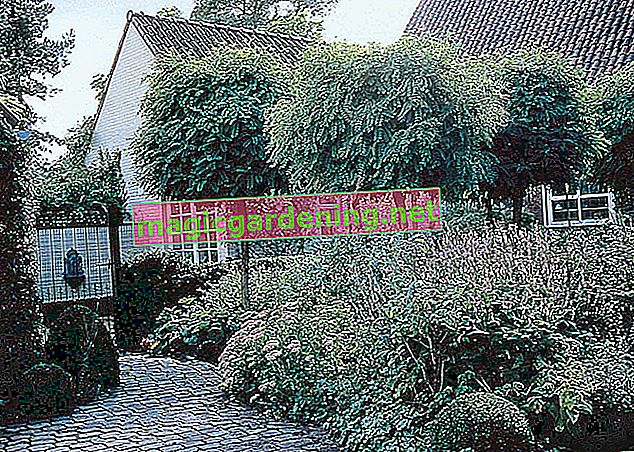 When looking for an evergreen spherical tree, the easy-care and robust conifers are of course an obvious idea - except for the native larch (which also does not grow in a spherical shape), the needles stay on the tree for several years and are not discarded in autumn, as is the case with deciduous trees. There are two forms of spherical conifers: False cypresses (such as Lawson's false cypress), the native yew, the sugar loaf spruce or the Korean fir can often be cut into spheres, but they do not naturally grow that way. For this reason, regular shaped cuts are necessary. Other varieties are specially bred with a spherical crown and can be planted either as a ground-covering shrub or as a half or standard stem. We have summarized the most beautiful varieties for you in the table below.

If you want it to be an evergreen, spherical deciduous tree, you have the choice between different types and varieties of

With the exception of box, holly, privet and cherry laurel, however, these are non-winter-hardy species that must be grown in pots and kept frost-free over the winter. Furthermore, these evergreen trees do not naturally grow spherical, but have to be cut into shape accordingly. Such a ball looks particularly distinctive on a high trunk, for example.

The ball ginkgo 'Mariken' is also very easy to cut, but not evergreen. It only grows up to one meter high and is therefore wonderfully suitable for a bucket culture.