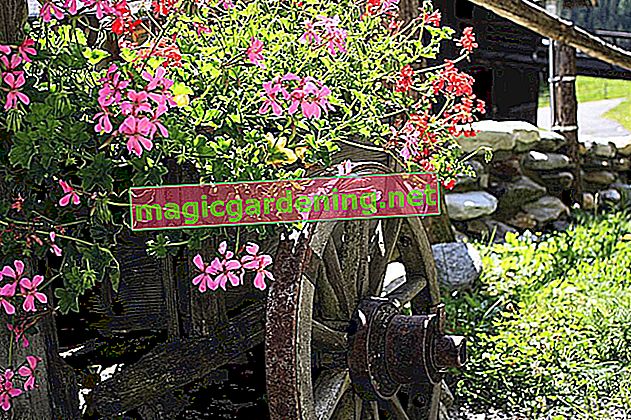 The Phacelia is basically known in this country under the following names, under which it is often sold in stores:

The bee friend, on the other hand, is also available in different subspecies such as Phacelia tanacetifolia and Phacelia purshii, each of which differs somewhat in terms of its appearance and height. If your Phacelia is to be grown from an aesthetic point of view, you should choose a variety that is well suited to the garden in terms of height and flower color. For use as a bee pasture, it is not absolutely necessary to use organically produced seeds, but these are also available in stores.

Sow once and enjoy repeatedly

The Phacelia has a relatively strong tendency to self-seed if you allow this in your garden. If you are only interested in the soil-improving effects of a green manure with Phacelia, you should mow the plants before or during the flowering period and work the slightly dried-on leaf mass into the soil. But you can also let nature take its course and consciously allow the phacelia to grow wild in your garden. If the seeds were not sown too late in autumn and the seeds on the inflorescences were able to mature, you can almost certainly hope for an effortless repetition of the phacelia’s blossoms in the following year.

In principle, the Phacelia can be sown outdoors from spring to autumn, as long as the seeds are kept evenly moist during the almost two-week germination period. If you mix the relatively fine seeds with some fine sand, sowing them by hand in the garden is usually a little easier. Immediately after sowing, the seeds should only be lightly raked in and watered extensively.

The special thing about the Phacelia as an ornamental plant is its rapid flowering in less than two months after sowing. Make use of this flexibility by sowing the Phacelia specifically as a gap filler in beds with spring and early summer flowers such as the bleeding heart.