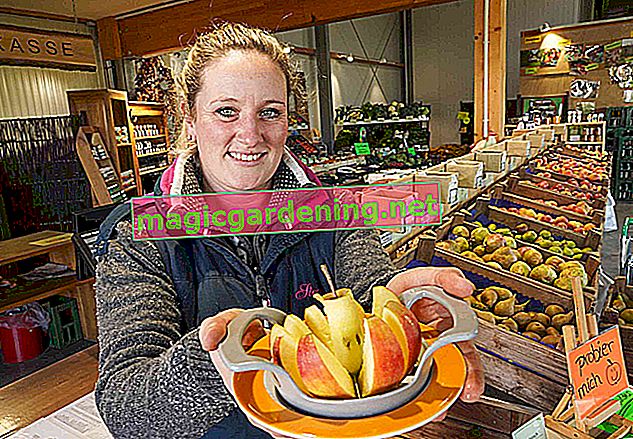 The harvest season for celery begins in June. Since it tastes best fresh, it is harvested as required. Here you just cut off the poles and leave the plant in the bed. This encourages the celery stalks to grow back.

Celery is sensitive to frost. Freezing temperatures make the sticks glassy and inedible. Since the first night frosts usually appear from October, the celery should be harvested by this time.

If you have grown your celery in a bucket, you will put it in the house from October. You can harvest it gradually at temperatures between 10 and 20 degrees Celsius.

Anyone who has decided to grow celeriac will start harvesting at the end of August. If you want to let your tubers grow, you can leave the celery in the bed longer. The harvest is still possible until December. Celeriac does not suffer from slight frosts down to approx. -3 degrees Celsius.

If the celeriac is stored in a cool, dry place, it can be kept for a few months. A tried and tested method is to store it in dry sand.

If the celeriac is to be frozen, it is washed and peeled. Cut into small cubes, it is blanched and then frozen.

Celery is best consumed immediately after harvest. It is also suitable for freezing when washed, sliced ​​and blanched.

In order for the celeriac to keep for several months, the soil must never be washed off. Remnants of the earth are best left dry on the tuber.