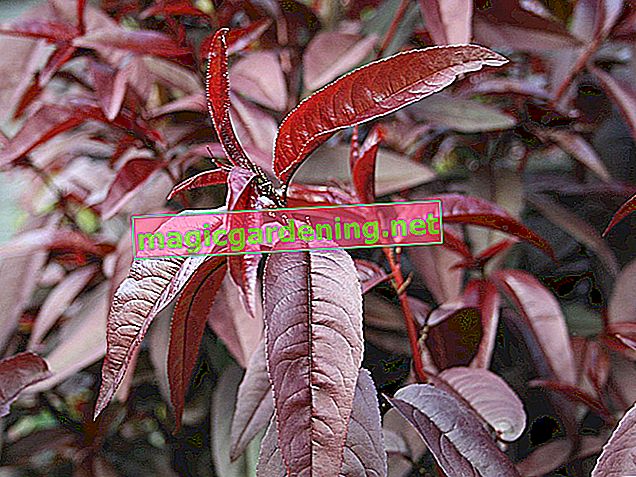 Red Haven was created around 1930 in the US Michigan Agricultural Experiment Station in South Haven. The variety comes from a cross between “Hale Haven” and “Kalehaven” and has been on the market since 1940. The medium-sized to large, yellow-fleshed fruits weigh around 120 grams and are more rounded in shape. The medium firm pulp is very juicy, has a fine texture and tastes mildly sweet and sour. Especially when fully ripe, the meat can be easily removed from the stone and it does not brown. Red Haven peaches can be harvested around the fifth to sixth peach week.

The variety was bred primarily for yield and taste, and less for beauty. In contrast to the decorative peach “Rubira”, the bell-shaped flowers are rather small and unsightly. However, they do not tolerate frost and are self-fertile. In terms of location, Red Haven is quite undemanding, but good care is essential for a rich and regular yield. Only regular cutting and thinning can maintain the performance of this variety.

If possible, peach trees should be cut back and thinned out in spring, shortly before the blossoms burst. Above all, the shoots from the previous year bear, old wood, on the other hand, usually no longer bears any fruit. How to proceed:

White-fleshed peach varieties such as B. Pilot are generally better suited for cultivation in German gardens, as these are less sensitive to diseases and weather conditions. However, Red Haven is a good alternative, but it is more susceptible to frizziness.