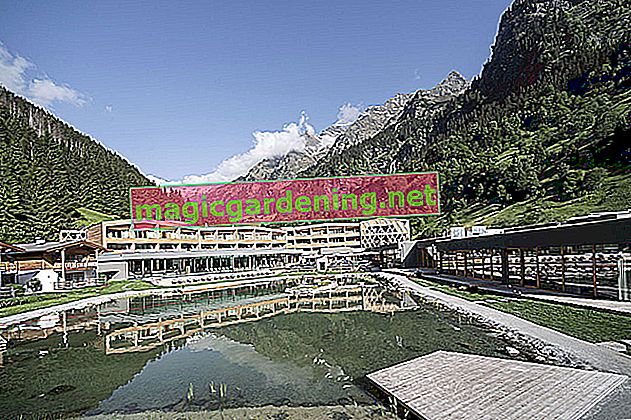 Most public playgrounds have a square or rectangular sandpit with a wide wooden seat. This variant is not only easy to create, it is also much cheaper to build yourself than a pre-purchased model. An inner and an outer wooden square, which is stabilized by the seat, form the basic structure.

First, use a batter board to mark the inner surface that you have to excavate for the self-made sandpit. Make sure that the edges of the created pit are straight and at an exactly right angle to each other.

Draw the outer boards on a blueprint. The seat boards will later be screwed onto these with a little overhang. For example, if these are thirty centimeters wide and should later protrude five centimeters on both sides, the following calculation results:

Sandboxes should have a minimum depth of 15 centimeters. Since children like to dig, it can be a few centimeters more. Remember that a layer of gravel is also poured in and dig deep enough.

A layer of gravel, at least two centimeters thick, is then filled into the hole as drainage. This prevents the water from building up under the sandpit.

Position the construction exactly on the edge of the excavated pit. Now fix a length of the weed film on one of the inner sides and run it along the floor to the other side. The foil serves as a weed barrier and ensures that no uninvited guests from the underground settle in the sandpit.

Now we're almost done and it's time to fill the self-made sandpit. Use special play sand for this, which you can get in bags or loose in stores. It is characterized by the following properties:

In contrast to purchased sandpits, where the filling quantity is often specified, you have to calculate the sand required for the sandpit built according to our instructions yourself. If the sandbox has an inside dimension of 120 centimeters by 120 centimeters and a depth of 30 centimeters, the following calculation results:

Play sand is offered either in small bags, an inexpensive big pack with a cubic meter (1000 liters) or open.

You can build a cover for the sandpit so that animals don't pollute the play sand with their excrement. A frame that is covered with a close-meshed net has proven to be very practical. This means that there is no sealed off space under the cover in which woodlice and other insects would feel comfortable. The neighbour's cat is still effectively kept away. In addition, the penetrating sunlight has a germicidal effect. And while you're at it, you might also want to build a children's swing yourself.