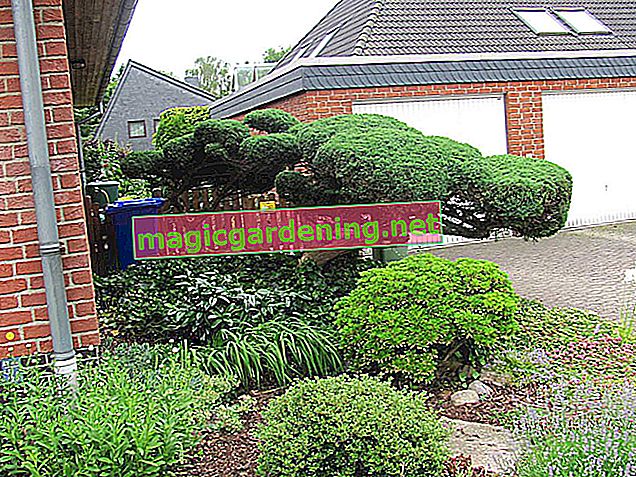 It is better to avoid pruning thuja heavily

It is often recommended that a rejuvenating cut be made on a bald thuja. But you should think twice about that.

When pruning heavily, it is essential to cut the tree into the old wood. In these places, however, it no longer sprouts. As a result, large bald spots appear in the hedge that do not look beautiful and are also no longer opaque.

You should only think about a radical pruning when the tree of life is half dried up or suffers from diseases and fungal attack. But expect that the thuja will not survive this measure.

When to do severe pruning?

The best time for radical pruning is spring. Then a new shoot is imminent.

Later in the year you are not allowed to cut back heavily, as this measure is prohibited out of consideration for breeding birds.

Do not cut on sunny or wet days

If you've decided to cut back the thuja heavily, choose a day when the sun isn't beating down from the sky. This creates brown tips on the tree of life.

If the branches are very wet, pruning is also not recommended, as this promotes fungal attack.

After pruning heavily, water the hedge thoroughly without causing waterlogging. To strengthen the thuja, a fertilizer may be advisable.

Better to cut the tree of life more often

To avoid pruning the thuja hedge too hard, it is better to use scissors twice a year. Even if the tree of life is already a bit bare, it can be advisable to split the pruning into several times. This damages the thuja less than a radical cut.

Thuja is easy to cut, but does not like it when it is cut behind the green. It stays bare there and is an ugly sight in the garden.