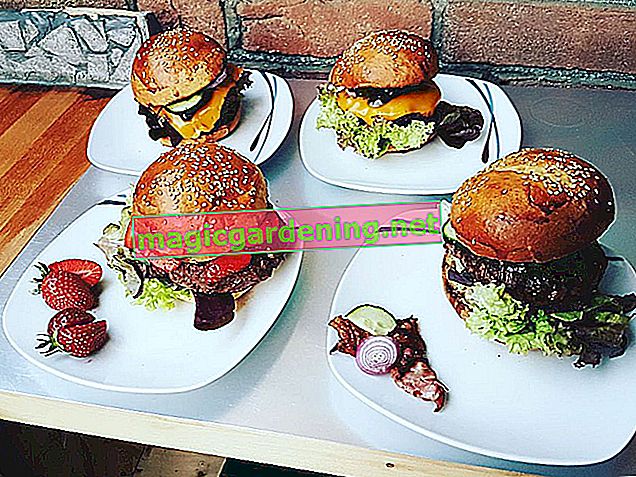 Why potato salad doesn't belong in the chest

The main ingredient in potato salad is of course the potato. And since the potato is not well suited to the freezer, the potato salad should also be avoided. The starchy tuber suffers from such a high loss of taste in the icy cold that its typical taste can hardly be felt.

It doesn't matter which recipe the frozen potato salad was prepared according to.

The consistency is also changed

The cold not only robs the potato salad of the “potato-like” taste, it also destroys the cell structures of the main ingredient. The potato pieces will be mushy and glassy. The frozen and thawed potato salad is so very different from the freshly prepared salad. It can only be described as a disappointment.

If there is some potato salad left over, it doesn't have to be thrown away immediately. The opportunity to enjoy it at a later point in time is given, albeit for a very limited time.

A homemade potato salad can stay fresh for a day longer in the refrigerator, but should be eaten the following day at the latest.

Potato salad that has been bought has a longer shelf life than homemade potato salad even after opening the packaging. This is not least due to preservatives, which are generously added to industrially produced potato salads.

Even bought lettuce should be stored in the refrigerator and consumed within the period specified by the manufacturer. Any residue left after this period should be disposed of.

Be careful with these salads

Some potato salads are made with mayonnaise or cream. Even if the potato pieces contained in the salads would have a longer shelf life, the other ingredients can pose a health hazard. They favor the multiplication of unhealthy germs to a greater extent.

For example, mayonnaise that contains raw eggs must not be stored for long or too warm, otherwise there is a risk of salmonella. Such a potato salad should be skewed on the same day.

No storage is the best storage

Freezer as a storage location for potato salad is completely ruled out. But even if the refrigerator offers itself as a short-term storage alternative, it is not an optimal solution and certainly not a solution for long periods of time. The only correct conclusion is to always make potato salad fresh when needed and to consume it quickly.