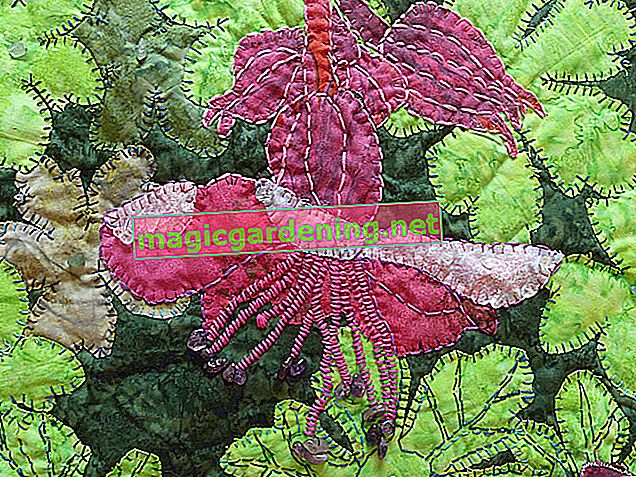 Garden as a living space

Ants turn out to be true survivors, because they colonize a wide variety of habitats on earth. They survive temperatures down to minus 28 degrees Celsius without problems and endure heat waves of 50 degrees. The insects are found in forests, bushes and fields. They like shaded and moist habitats as well as dry and warm open land. The garden also offers attractive conditions, but too many ants in the garden are usually perceived as a nuisance.

Why do ants come into the garden?

The cause of ant colonies in the garden lies in the optimal living environment. Species that settle in the garden prefer patchy forms of vegetation with access to the substrate. Forest-dwelling ants often migrate from neighboring forests into the garden. Ants who specialize in wood find optimal habitats in pristine gardens with old trees. Lice infestation on cultivated plants is often responsible for the establishment of an ant colony.

Be happy when ants have chosen your garden as their habitat. This shows that you have an attractive and diverse garden. Whether ants are good or bad in the garden depends on the individual case. In principle, the state-building insects take on important tasks in the ecosystem. They help ensure that a balance can be established in nature. They clear away waste and devour dead animals. Ants feed on insect or snail eggs and drag caterpillars into their nests to take care of the brood. They are also important seed dispersers and promote the survival of various plants. Ant species living on the earth ensure that the soil is aerated. Their activities counteract soil compaction. This aspect is also beneficial in the garden.

Ants in the food chain:

What damage do ants do in the garden?

The insects are not directly harmful to crops. If there is an ant nest in the bed, the tunnels in the substrate can negatively affect plant growth. Earth-dwelling ants feed on the honeydew of the root lice, which is responsible for direct plant damage. Mounds of earth and sand that arise on the lawn or between paving stones are unsightly.

Functions of the mouthparts

The ants' mouthparts are composed of the upper and lower lip, between which paired upper and lower jaws are formed. These tools belong to the chewing-biting type, with the upper jaw taking on a variety of functions. Ants not only ingest food with them, but also defend themselves with their mouthparts. They use it to grab their prey and, in case of danger, carry the brood to a safe place.

Ants are different from many other insects because they overwinter in different stages. Not only mated young queens but also larvae and workers withdraw into their protected nests for the winter break. Wood ants are an exception because these species overwinter without brooding. Knot or garden ants can overwinter with or without larvae. Because of this, the ants do not disappear from the garden after a summer.

What species live in the garden

There are species of different genera that are also common in the garden. Ants live in every garden, even if they are not noticed at first glance. The majority lead a life in secret. Flying ants often draw attention to the fact that the garden is being colonized by the insects.

The genus Lasius contains around 100 species, many of which are widespread in Central Europe. The species are rather small ants, which for the most part feed on the excretions of the aphids. They place less demands on their environment than wood ants. They predominantly include brown or red ants, but black ants are also common. This genus includes large ants that can reach a body length of ten millimeters. The species build earth and hill nests and prefer to live in the forest. Formica species are omnivores and keep the forest floor clean. Mound-building wood ants enjoy special protection. Numerous species are endangered and are on the red list. The red wood ant can also settle in the garden if it is in the immediate vicinity of a forest.

This is what the red wood ant likes:

Ants of the genus Myrmica are medium-sized and build their nests in both deadwood and substrate. A common species in the garden is the red garden ant, which prefers moist conditions. It colonizes moss-covered lawns that grow taller. Their nests can be recognized as accumulations of earth on the edges of the lawn or in the middle of the area. The insects are strikingly brownish-red in color.

The only species that is considered native north of the Alps is the yellow thief ant. It prefers heat-favored locations with flat ground. The species builds their nests in sandy subsoil with dry conditions and sparse vegetation. Dry grass and rocky soils offer optimal conditions. In central and southern Germany, where the species is more common due to the favorable climate, the yellow ants can also occur in urban areas. You are a rather rare guest in the garden Black and brownish black horse ant are the largest species in Central Europe. They are dark in color and up to 18 millimeters long. The species live in trees and colonize dead wood. In rare cases, the species can be observed in gardens that provide old fruit trees or rotten fence posts as habitats.

An intact garden is always populated by ants. To get ant-free gardens you would have to use poison. As a result, not only does the ant population suffer, but also your health and the natural balance in the garden are massively affected. If you destroy the ant colony, the symptoms will disappear for a short time. The cause remains.

Why fighting is pointless

Ants are territorial. When you have found a territory, defend it against other ant colonies and young ants. In the turf wars, the defenders kill immigrant ants and eat them. As soon as you intervene in these processes, the natural cycle is disturbed. The end of one colony means a new beginning for the next people. If a burrow has been abandoned, new ants will migrate in after a short time and colonize the garden.

Baking soda and vinegar are effective under certain conditions. In the garden, however, the funds have lost nothing. The soil absorbs the substances faster than they affect ants. Coffee is also a common means of scaring ants off. That seems to work differently and is probably based on the scent. If you sprinkle coffee grounds with a particularly strong smell directly on the ant's nest, a deterrent effect is possible. However, the aromas dissipate quickly and the effect is lost.

You can prevent ant trails with a thick trail of cinnamon. The insects are confused by the intense aroma.

Tips for eviction and prevention Ants can be driven away completely naturally and without poison if you have a little patience. The measures are effective if you apply them regularly. Use multiple methods if necessary, as not all ant species respond equally well to impairments.

Ants like constant conditions. If their nests are disturbed, the brood is in danger. The insects react to this by relocating with their brood. If you have discovered a nest in the bed, you can press the earth firmly or stick it into the earth with a stick. As a result, the corridors are filled in and the ants look for a new territory if there is constant disturbance.

Many ants living in the earth are dependent on moist conditions. However, they cannot breed in permanent wet soil. Flooding the tunnels helps to keep some species off. However, many ants get along well with heavy rain and are unimpressed by this measure.

You can use your aversion to moisture to relocate earth-dwelling ants. The flower pot trick only works on these species after heavy rainfall. Ants settle where there is enough food available. Both terrestrial and aboveground ants often feed on honeydew. If you find a nest in the bed or on the lawn, there is a high probability that the plants are affected by root lice. Above-ground nests are often found near plants that are home to aphids. To get rid of the ants, you should fight the cause of their appearance:

Garden paths should be designed in such a way that they appear unattractive to ants. Basalt chippings are better suited for the subsurface than paving sand. Seal joints with resin-based paving mortar. There are good products that are water-permeable and effectively suppress ants and weeds.

Can ants cause damage in the garden? Ants in beds and lawns do not cause any damage. But they show that something is wrong with the plants. Lice are not far where ants appear. Earth-dwelling species feed on honeydew, which is secreted by root lice. Above-ground ants often target the secretions of aphids. Instead of fighting the ants, you should deprive them of their food source and eliminate the lice infestation.

What can you do against ants in the garden?

Coffee grounds are a natural agent that effectively drives away ants. However, the method does not always work, because the coffee aroma quickly fades and not all types react equally well to the substance. If the nest in the bed is disturbing, a massive disturbance can promise help. Regularly poke the ground with a stick until the ants find alternative roosts. Refrain from killing ants. The insects belong to the ecosystem and cannot be exterminated in the garden.

What are ants looking for in the garden?

There are different species of ants that come into the garden for different reasons. Wood ants get lost in the human habitat when the forest is in the immediate vicinity. Many ants find optimal feeding conditions in gardens, because cultivated plants are often attacked by lice. Lawns offer good habitat conditions for ants living underground. They appreciate the humid environment between gaps in vegetation.

Why shouldn't ants be fought?

The insects are an important part of the ecosystem. It doesn't matter whether it's a garden or a forest. Ants ensure that dead organic material is broken down. They clear up the soil and aerate the substrate by digging passages. Ants are an important source of food for many living things. They are eaten by woodpeckers, predatory bugs and ant lions.

Are there plants that attract ants?

There are tropical plants that specialize in interacting with ants. They provide food and habitat for the insects. In return, ants protect the plants from predators. Such a symbiosis can also be observed in cherry laurel. The wood has two glands on each leaf stalk, which release a sugary plant sap. When production is in full swing in spring, the trees are overflowing with ants. These protect their food suppliers by driving away plant pests.

How do ants hibernate?

Dwindling light, falling temperatures and food shortages force ants to hibernate. In order for them to survive the freezing temperatures, they have to empty themselves. The loss of fluids thickens the remaining body fluids and prevents frostbite. Many species of ants overwinter in different stages. Both larvae and workers and queens spend the winter in the shelter of the nest. Only the wood ants overwinter as fully grown insects.