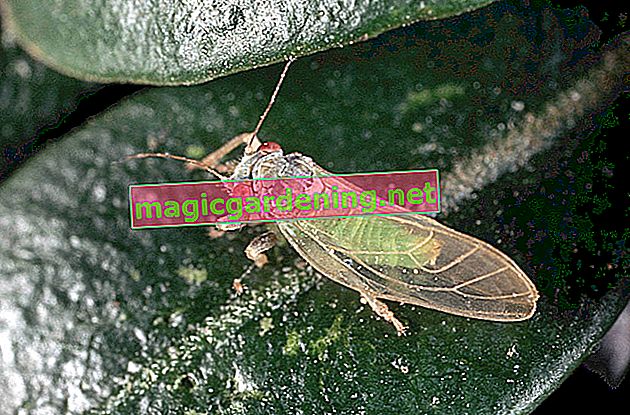 Persistent with the help of their root runners

If the nettle has taken a liking to its location, it will be stubborn. It spreads through its underground runners. The root system is highly branched and over time a whole sea of ​​nettles emerges on the surface.

Do not let the nettles sprawl before you take action to combat them! The faster you are and the earlier you start, the better. Ideally, you should destroy the plants before the onset of flowering in July. Otherwise they will multiply via self-sowing in addition to their runners.

How to recognize nettles correctly

It is not uncommon for nettles to be confused with dead nettles and vice versa. The different types of nettles also have different characteristics. The dead nettles have no burning hairs and develop purple flowers.

The large nettle differs from the small nettle in terms of its leaves and height. It grows up to 3 m high and has blades with sharp saw teeth. The small stinging nettle rises up to a maximum of 60 cm and has rounded saw teeth.

Hand in hand to remove: weeding and pulling out roots

The most effective and environmentally friendly is mechanical control:

After removing the plants, it is advisable to cover the affected areas with a thick layer of mulch. For example, lawn cuttings or bark mulch can be used for this. It is often necessary to fight the nettles several times (up to two years) until they are removed and permanently.

Remove by cutting / mowing or covering with a foil

You can also get rid of the nettles with or through:

Do you belong to the division that believes that chemicals can only be used to permanently remove weeds? Even the best weed killer cannot 100% ensure that the nettles will go away forever. Chemical agents are to be seen as an emergency solution, as they pollute the groundwater and can also damage surrounding plants.

Nettle - a good home remedy for other weeds

You can use the stinging nettles to make a liquid manure. This can kill vermin such as aphids. This liquid manure can also be used biologically as a fertilizer. It also destroys other, annoying weeds.

If you care about the environment, leave a few nettles. Butterflies like to lay their eggs there and the caterpillars use the leaves as food.