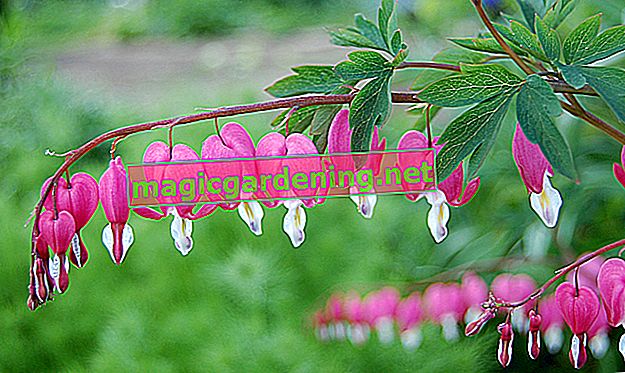 Flowering period between May and August

The bleeding heart is traditionally a symbol for unrequited or fleeting love. The pure white variety “Alba” is also often planted on grave sites as a symbolic plant. The flowers are lined up like pearls on a chain on the up to 120 centimeters high, relatively fleshy stems that gently bend under the load. The flower-bearing shoots develop in the months of April to May, from around mid-May the bleeding heart then shows its blossoms into August. The “Candy Hearts” hybrid blooms for a particularly long time and tirelessly develops small, pink-red flowers between March and October.

Cut off dead shoots regularly to stimulate the formation of new flowers and thus to extend the flowering time.