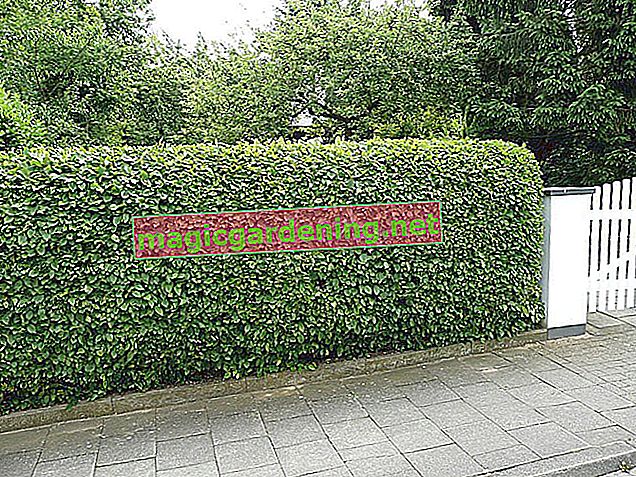 The common beech has green leaves

Many people think that copper beech and copper beech, also called purple beech, are just different names for the same tree. However, that is not correct.

Despite its name, the common beech has green leaves! It is only called that because of the slightly reddish wood. The shoots are also a light red. Both of these apply to the copper beech.

In contrast to the common beech, the copper beech actually has red leaves that can change from bright red to reddish brown. There are also copper beeches that have green-red leaves.

Why does the copper beech have red leaves?

Garden experts assume that the color difference was caused by a mutation.

The autumn foliage is the same for both beech species

Both copper beeches and red beeches get bright autumn leaves. It turns orange-red in autumn and glows particularly intensely in mid-November.

Both types of beech are deciduous. However, many species carry their dried up leaves on the tree well into winter, often even until new shoots have emerged. Because of this, many gardeners mistakenly believe that the trees are evergreen.

Because of their rapid growth and dense foliage even in winter, European beeches and blood beeches are popular as hedge plants.

The beech types do not differ in maintenance

They have the same requirements in terms of location and care and can easily be pulled next to each other. They also did not differ in terms of:

The only difference is actually the different colored leaves.

The hornbeam (Carpinus betulus), which is often mistakenly counted among the beech trees, is a birch plant. It is also called hornbeam because of its very light wood.