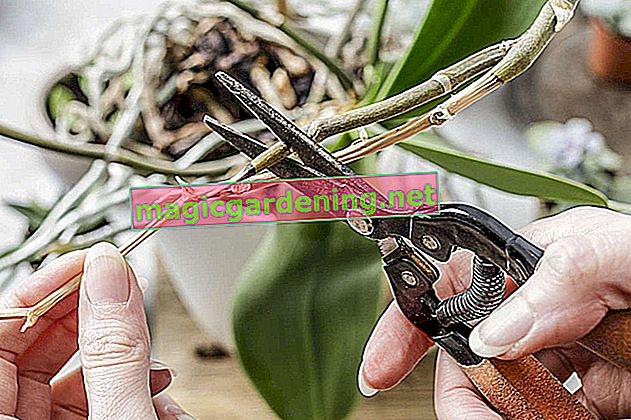 Do not cut off the natural winter protection

Why? When the stalks are cut or shortened, they are opened and water can enter the tubes. It flows down to the roots, where it can provide moisture. Larger grasses such as pampas grass or Chinese reeds should, however, be tied together so that they do not bend over in winter.

Reasons that speak against pruning in autumn

For these reasons in particular, pruning ornamental grasses in autumn is not recommended:

Spring is the best time to cut

After wintering, you can cut your ornamental grass. Spring is the best time to do this, between mid-February and early March. The cut should be made before the new stalks and leaves start to shoot.

Cut down to just above the bottom

How to cut your ornamental grass correctly:

Warning: not all ornamental grasses need to be cut. For some species, such as feather grass, blue fescue grass and bearskin, it is sufficient to comb them through with your hands. Alternatively, the dead plant parts can also be pulled out. However, wear gloves to avoid injuring yourself on the sharp-edged leaves!

After cutting, fertilize, divide and multiply

If you don't want your ornamental grass to sow itself, you should cut off the inflorescences in autumn.