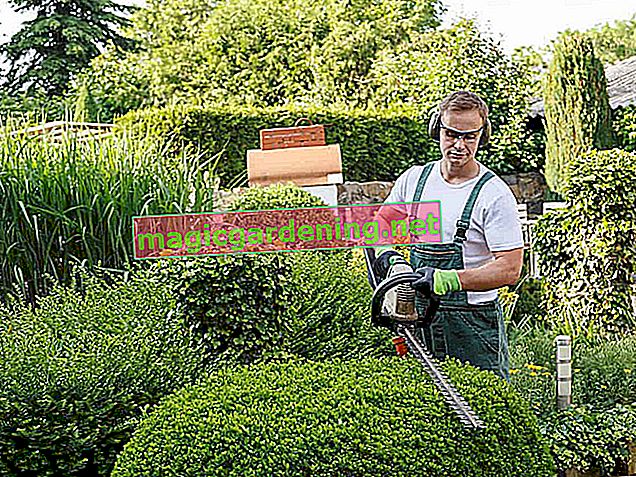 Foliage has a protective function

It is best not to cut off the leaves. They are a natural winter protection when they fall down in autumn and lie over the root area of ​​the plant. If you don't remove it but leave it in place, you don't need to equip your Funkie for the winter in any other way.

After the first frost has struck the hostas, the leaves tip over. They begin to wither noticeably. In addition to their function as winter protection, they represent an important shelter for insects during winter.

If you think that the old foliage doesn't look nice, but rather disturbs the overall picture, you can of course remove it. However, this means that winter protection is no longer available and may have to be made available elsewhere, for example by fir branches. In the fall, you can cut away the foliage if you don't like them.

Remove old parts of the plant in spring

If you left the foliage on the hosta:

Cut away the old inflorescences

In addition to removing the old leaves, the inflorescences should be cut off in summer. This also applies to hostas in the bucket. The flowers are on the long stems that shoot up from the center of the perennial from around June. Cut down these stems when the flowering period is over.

If you don't do this, the black seed pods will form:

The leaves can also be cut from May to August and used, for example, for floristic purposes (bouquets or flower arrangements).