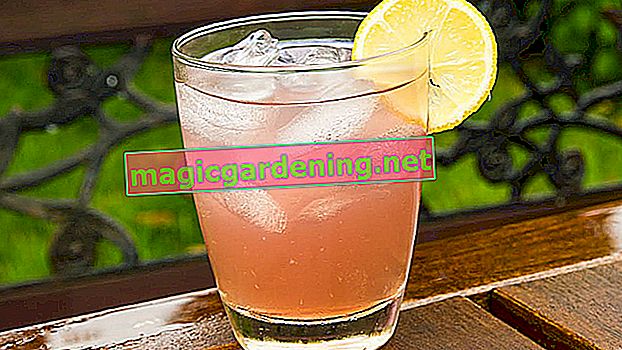 In the wet winter months, the pathogen usually nests in the leaf and flower buds of peaches, nectarines, apricots and almond trees. When budding, the leaves curl - at this stage they can easily be mistaken for an aphid infestation - and eventually develop yellow-green to reddish discoloration and blisters. As the disease progresses, the peach tree sheds the diseased leaves and thus weakens because sufficient photosynthesis is no longer possible. In some cases branches are also affected, which then die off and have to be cut out. In contrast, fruits are rarely attacked.

Frizziness has serious consequences in the following year

The consequences of this fungal infection are, however, much more serious in the following year: Newly grown shoots look compressed, leaves hardly develop and if they do, then only crippled. Flowers and fruits are also rarely set and if they do, they fall off again after a short time. The causative fungus Taphrina deformans, genetically related to the causative agent of the fool's or pocket disease in plums, overwinters as a mycelium on the branches, twigs and buds of the peach trees. As soon as it gets warmer (around 10 ° C), the mycelium breaks down into tiny cells that are washed into the buds by rain and infect them. In the further course, the new shoots are finally attacked.

One of the most important preventive measures is choosing the right location. Peaches are sun worshipers, so they need a sunny and sheltered spot in the garden. Since the fungus is mainly spread by penetrating rainwater, the peach tree should, if possible, be in a rain-protected place - e.g. B. under a canopy - stand. However, it should be noted that this must not cast a shadow. In addition, the crown should be kept as light as possible through regular pruning so that the leaves dry off more quickly after a rain shower. Regular but moderate fertilization strengthens the resistance of the peach tree.

The curl disease can only be treated as long as the buds have not yet broken - ergo, measures after flowering or the appearance of the first symptoms are simply ineffective. Instead, preventive treatment should take place from mid to late January, but no later than February (depending on the weather). Proceed as follows:

Since prevention is better than cure, you should, if possible, plant peach varieties that naturally have a higher resistance to the frizz disease. In principle, all white-fleshed varieties are less susceptible to disease, as they were mostly bred for cultivation in our latitudes. Suitable varieties include