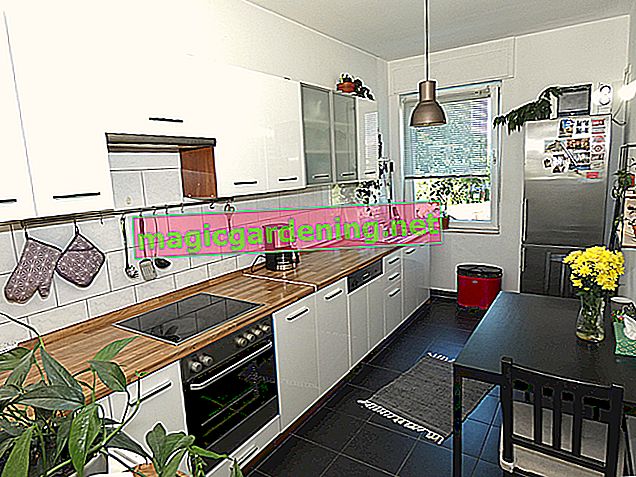 How should the lilies be watered?

In their growing season from March to September, lilies in the apartment should be watered regularly. The soil is kept evenly moist. Even in winter it is important that the earth does not dry out. The pot should have holes through which excess irrigation water can drain away.

How and with what should lilies be fertilized in the apartment?

Do lilies need pruning in the apartment?

Regardless of whether the lily is in the bed or in a pot as a houseplant, it needs two cuts:

Are they more susceptible to disease than garden lilies?

Lilies in the apartment can be attacked by fungal diseases. The probability is higher than with garden lilies. The reason: waterlogging can quickly develop in the pot, the roots are in the water and the ideal breeding ground for mushrooms is created. Above all, stem rot is considered to be widespread.

How can the lilies be propagated?

Few dare to multiply lilies in their homes. They can be propagated using so-called stem bulbs, bulbils or their underground bulbs. The best time to multiply is after flowering.

Should they be overwintered and repotted?

The lily in the apartment should be put in the basement or another cool and frost-free place during the winter. Before that, it is cut down. After overwintering, it is repotted and receives new soil.

Once the flower buds have opened, it is advisable to keep the temperatures lower (around 15 ° C). This means that the flowers will last longer.