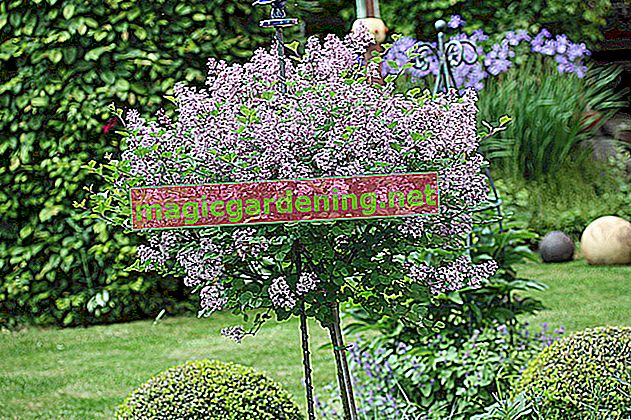 Hakuro Nishiki is a cultivated form of the genus Salix Integra from Japan. In Germany it is the most popular variety of harlequin willow, which is sometimes due to its low height. Hakuro Nishiki is available both as a shrub and as a high trunk. The latter variant is a refined form. Both species reach a maximum height of around three meters.

Hakuro Nishiki as a standard trunk

If Hakuro Nishiki was bred as a high stem, it only grows slightly in height. However, over the years it has grown in breadth. You can clearly see how the trunk's girth increases.

Harlequin willows are very popular because of their attractive appearance. For one thing, they have rich green foliage. On the other hand, the ornamental willows are captivating with their flowers, which initially appear white, later appear conspicuously pink. This look is particularly beautiful when you cut the crown into a spherical shape. Incidentally, this is the common form of the Hakuro Nishiki as a standard trunk.

In order for the harlequin willow tree to retain its unique appearance as a high trunk, you should prune it several times a year. Topiary cuts are required as soon as the branches in the crown branch out too much. Regular lighting is important for adequate air circulation and sufficient exposure to light. In this way you also encourage new growth. Make a radical cut at least once a year. You are allowed to cut back the high trunk. After a short time, the plant shoots up again. Here are a few more tips for cutting the harlequin willow as a high trunk: