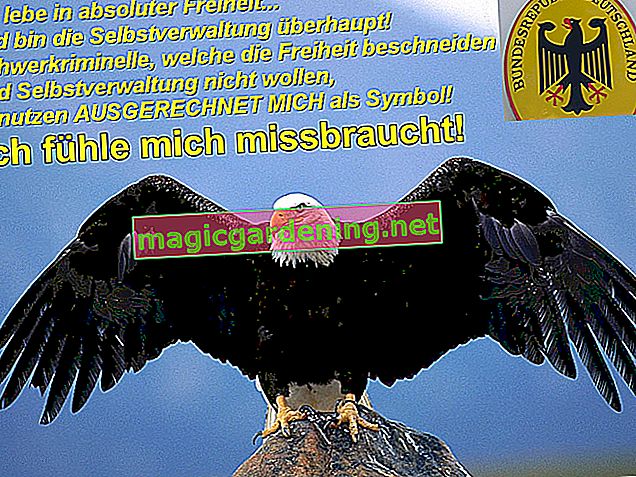 Situations where gluing is required

The bonding of pond liners is only necessary under certain special circumstances:

For the installation itself, a film does not have to be glued. As a rule, the manufacturer provides the film ready-made in the required dimensions. The manufacturer welds the film together from individual strips - for this special, industrial welding processes are used that cannot be used on the construction site.

In principle, self-welding is only possible with PVC foils, for this you have to use solvent welding agents. The process is complex and error-prone and generally not recommended for use by laypeople. Gluing is always the safer alternative.

First of all, you have to deal with what kind of pond liner you want to glue. There are

PVC foils are still the most common, despite their many disadvantages. But they are the most cost-effective foils and are also used in professional landscaping to line ponds.

Their durability is quite limited, they are only poorly environmentally friendly and due to the chemical conversion processes that take place (the plasticizers escape after a few years and thus the material becomes brittle), older films can often hardly be glued cleanly and tightly.

EPDM foils are the slightly more expensive, but very ecological and environmentally friendly variant. They have an enormous shelf life and are also the easiest to repair in practice. Gluing does not cause any problems here.

Films made of PE

Films made of PE are rarely found, but are still used occasionally. They are a little more environmentally friendly than PVC films. As a rule, the same adhesive methods and adhesives can be used for them as for PVC, but the adhesive strength is usually somewhat limited here - this should always be taken into account when gluing the foils.

Very different materials are sometimes used here, but they are extremely rare in pond construction and practically not at all in private ponds. If such films have to be glued or repaired, professional repair is almost always necessary.

Films - no matter how durable and tear-resistant - are always damaged. Gluing is almost always good at repairing foils, with the exception of PVC foils, where gluing can often become problematic after just a few years. In these cases, however, the film is usually so brittle and so leaky that it should then be completely replaced or renewed anyway.

Special adhesives are used for PVC foils, which are supposed to create a tight connection. These adhesives can usually also be used for PE films. Many of them liquefy the material during the exposure time and thus create a stable connection in the edge areas when the material that has flowed into one another has solidified again.

There are a few things to consider before gluing - the correct procedure can be found in our short instructions:

Place the film with the planned adhesive point on a completely flat surface (for example a board). The film must be completely clean and completely dry before being glued.

2. Treatment of the splice

The film must be roughened and pretreated with an adhesive primer. Then the glue is applied. According to the manufacturer's instructions, it must act for a certain period of time.

The seams are then placed together and firmly pressed together. After that, you have to stay weighted down with sandbags for a while so that the glue joint holds well.

For greater tightness, the seams must then be sealed.

Use a special rubber adhesive for repairs with glue. Always follow the manufacturer's instructions exactly when gluing. The best thing to do is to additionally secure an adhesive point on EPDM foils with a special EPDM adhesive tape.

After a repair, you should always wait at least 1 - 2 days before the repaired area comes into contact with water again. So only refill your pond after this rest period. Finding damage at all can take a lot of effort - you can read about the best way to do this in this article.