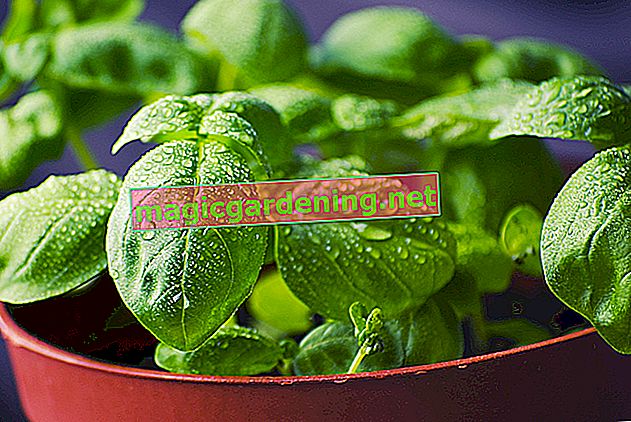 Lots of seeds that spread at lightning speed

If you have already taken a closer look at one of these dandelion seeds, you may be able to guess what role the seeds play in the reproduction of the plant. Each individual dandelion plant can produce up to 5,000 seeds per year. This high amount is only achieved if the plant has the chance to flower multiple times. This is not uncommon ...

The seeds are detached from the seed stand by wind or by contact with an animal or man. Thanks to the umbrella, the seeds fly up and spread around the world. They often fly hundreds of meters.

Remove dandelions - before the seeds ripen

Dandelions are known to be bothersome and difficult to get rid of. It's not easy to remove if you don't know what your best survival strategy is.

It's the numerous seeds. If the dandelion is removed while the seeds are ripe, the seeds immediately fly away and spread. They can remain viable for up to 10 years.

Ripening time of the seeds

The dandelions can bloom several times during the season. Thus there is a wide margin for the ripening time of the seeds. The first dandelion plants bloom in early April. In May the first seeds are ripe. Other dandelion plants don't bloom until August and the seeds ripen in the course of September.

Sow the seeds in a targeted manner

Do you want to sow the dandelion in a targeted manner? If so, please note the following:

External characteristics of the seeds

The fruits of the dandelion are so-called nut fruits. There is a single seed behind each pod. The seeds with the casing are perfectly shaped to be sown quickly and safely: they are pointed at the bottom. This allows them to get stuck in the ground.

Here are some more features: