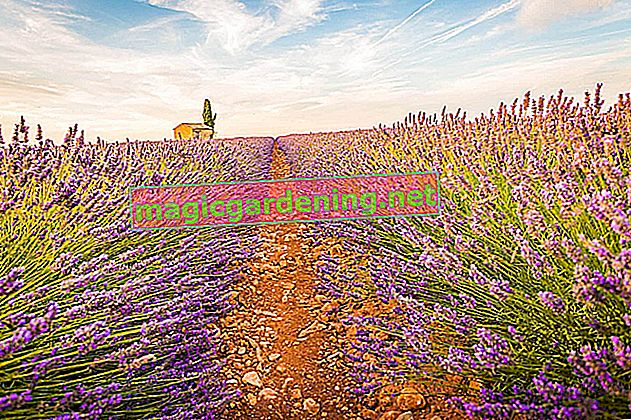 Blossom of the peppermint

Peppermint does not become toxic after flowering

Rumors persist that peppermint leaves cannot be harvested when the plant is in bloom.

That is not right. Even after the flowering period, which begins in June and can last until August, you can cut the leaves.

However, they are no longer as aromatic as they were right before the flowering period and taste a bit bitter.

Do not harvest directly during flowering

As long as the peppermint is in full bloom in the garden, you should not harvest the plant. The flowers hardly contain any aromatic substances and should therefore not be boiled or preserved in tea.

If you would like to harvest very aromatic mint, cut it only until the onset of flowering, i.e. just before the flowers open. When the plant has finished blooming, the leaves are still suitable for tea or as a spice in salads.

Collect seeds from the flowers

The peppermint propagation usually takes place via runners or head cuttings. But you can also collect seeds from the flowers.

To do this, wait until the flowers have bloomed and dry off. If fertilization has taken place, you can carefully pluck the dry flowers from the plant and gently shake them out. The seed falls out all by itself.

It is best to keep it dry in a paper bag until you are ready to sow new peppermint.

Not only the well-known tea can be made from fresh peppermint. The plant is also popular in cocktails such as the mojito or as a refreshing addition to desserts. So that the aroma comes into its own, you should use peppermint, which was harvested shortly before flowering, if possible.