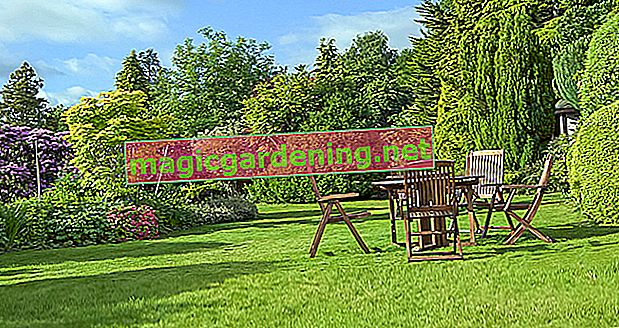 The demands of cultivated blueberries on the location

In general, even mature blueberry bushes do not need regular pruning to keep their shape. However, removing particularly old shoots can stimulate new growth and thus increase the number of fruit in the following year. If you want to make a cut, you should do so in the autumn after the harvest. This will prevent the bushes from drying out too much during hot weather phases in summer. Otherwise, the care of cultivated blueberries only includes watering when necessary and fertilization in two phases. You can increase harvest success if you give your plants a portion of lime-free fertilizer in early spring and towards the end of May.

The harvest time for blueberries in the garden begins around the beginning of July and sometimes extends into September due to the continuous ripening of fruits. Since blueberries only have a very limited shelf life for fresh consumption, freezing or boiling for later use is recommended.

You can easily avoid waterlogging on the blueberry roots by creating a slightly raised earth wall in the row of plants when planting blueberries.