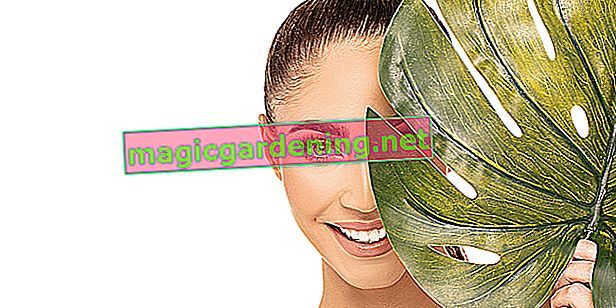 How often should ornamental lilies be watered?

From the winter in April you should water the ornamental lilies at least once a week. Due to the thick roots, the African lily survives dry phases relatively unscathed. Drain holes for excess water are important when planting in the tub, as the roots are sensitive to persistent waterlogging. In winter, the species of Agapanthus should be as dry as possible, so do not water them in their winter quarters.

When is the African lily repotted?

Repotting the African Lily ideally takes place in spring, as soon as strong frosts are no longer to be expected and the plant can be wintered out. The time to repot is also perfect for propagating the African lily by splitting the rhizome with a saw or ax.

When and how do you cut the African Lily?

There is no pruning in the classic sense of the African Lily. However, withered inflorescences are removed so that the ripening of the seeds does not use up all the growth energy of the plants. In addition, the yellow and dead leaves of the leaf-feeding species can be removed before moving to the dark winter quarters.

Deficiency symptoms of the African lily

A problem that often occurs with the African Lily is that the plants produce a lot of leaves, but also do not produce any inflorescences during flowering in summer. This can sometimes be remedied by appropriate fertilization, sometimes too warm overwintering is responsible.

When and how are ornamental lilies fertilized?

Between April and the beginning of August, you can fertilize your African lilies regularly with a foliar fertilizer or every few weeks with a handful of complete fertilizer over the substrate. In late summer and autumn you should no longer administer fertilizer, as otherwise there may be problems with the winter.

How are African Lilies optimally overwintered?

While evergreen Agapanthus species like to be light in their winter quarters, the roots of the leafless overwintering varieties can also be overwintered in the dark in the tub. All ornamental lilies should be overwintered at about 0 to 7 degrees Celsius and as dry as possible. The following are usually suitable for this:

After division, it can often take a while for the African Lily to bloom again. Therefore, if you have several specimens, you should cut up one specimen and repot it if possible, alternating each year.