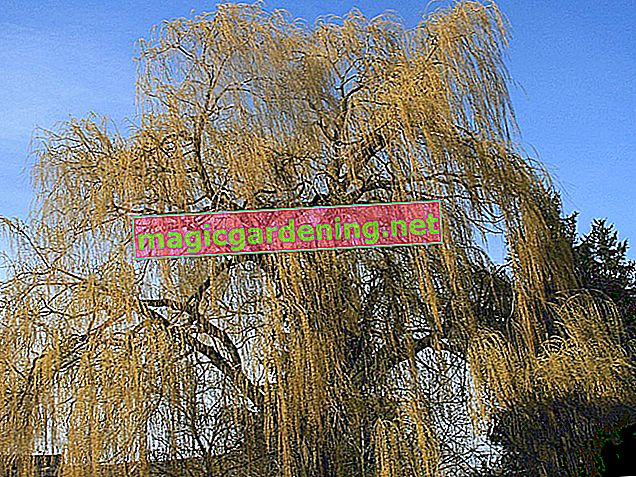 From weeping willow to pollinated willow

Willows are known to be very cut tolerant. So dare to take a radical cut. The deciduous tree will forgive you for any mistakes and compensate for them again with rapid growth. The complete removal of the rods so that only a stump remains was common in the past. In this case, the trimmed weeping willow was called a pollarded willow.

Do you need to cut back?

Hardly any other tree has such a distinctive growth shape as the weeping willow. If the hanging branches do not disturb, pruning is not absolutely necessary. However, pruning regularly helps prevent large amounts of leaves. In addition, the flexible rods can be used very well for other purposes (for example to weave privacy screens or baskets).

It is best to cut your weeping willow in early spring. If you start cutting before the flower has sprouted, you will be rewarded with a particularly large number of kittens a little later.

However, due to legal regulations, you shouldn't wait too long. Radical pruning of the weeping willow is prohibited from March to October, as the deciduous tree is a habitat for many species of birds and insects.

It is best to use the following utensils:

New growth after the cut

The weeping willow sprouts again after a short time at the interfaces. Thanks to its rapid growth, you do not have to worry about defacing the tree with a wrong cut. Small mistakes grow together in no time.